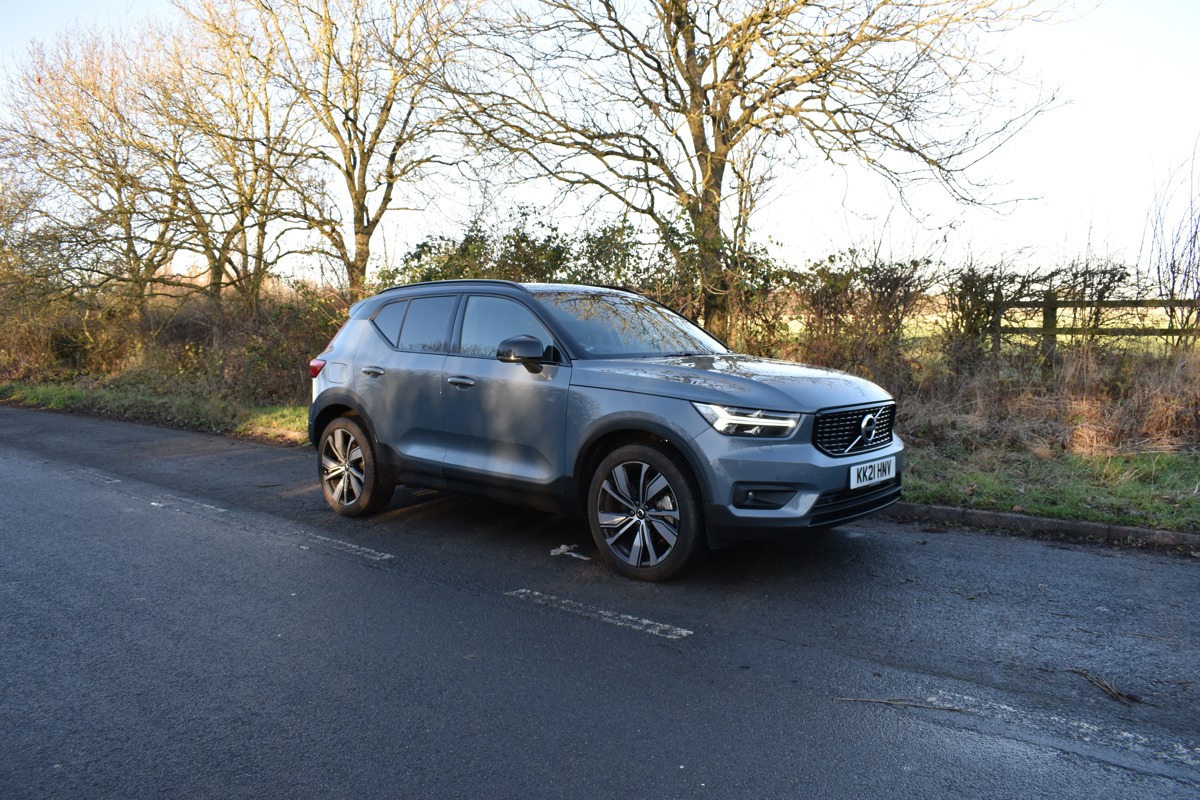 The wheels of our XC40 have barely stopped spinning this month. We’ve piled on more than 1,500 miles, including a couple of lengthy trips to the south-west of England for various events.

One of the XC40’s finer attributes is its ability to cover motorway miles with ease. The high driving position provides a great view of the road ahead, while the various assistance systems – including adaptive cruise control, lane centring and blind spot monitor – help keep things in check.

Of course, we have to mention the rather excellent Harman Kardon speaker system, which, combined with the XC40’s built-in Spotify app, ensures you’re never left without music.

Once you leave the motorway and head onto one of Britain’s many A-roads, the XC40 continues to impress. It’s responsive, with a noticeable boost from the electric motor delivered when the accelerator is fully depressed. For a higher riding SUV, the XC40 is surprisingly engaging. Its steering is a little light, but switch to the Power drive mode and things feel tighter.

Fuel economy has continued to hover around the 40mpg mark, as a lack a shorter journeys has meant we’ve not been able to make best use of the car’s electric range. It still means we can cover around 400 miles before needed to fill-up, almost double the real-world range of an electric XC40.

The ability to pre-heat the car via the Volvo Cars app remains a favourite feature during the colder months – it really is one of the best apps currently out there – although, we’re looking forward to the opportunity of opening the panoramic sunroof as the weather improves.

I had the chance to drive the XC40 back-to-back with a VW Tiguan e-Hybrid, too. Both cars offer similar efficiency, but the Volvo feels more upmarket and its powertrain is stronger. The Tiguan, however, can be had for £9,000 less, so it’s better compared
with the less powerful XC40 T4.

The power increase comes from a software tweak to the 1.5-litre three-cylinder petrol engine. The electric motor and battery are exactly the same as the T4’s, so we’re expecting between 18 and 24 miles on a full charge and fuel consumption in the mid-40s.

Following a round of updates its the model line-up, Volvo will only pair the T5 engine with it’s Ultimate trim level, priced at £49,095. Customers can specify whether they want chrome or gloss black details, 19- or 20-inch wheels and leather or part leather upholstery. All the option packs that were previously offered on the XC40 come as standard at this level, including a panoramic sunroof, 360-degree parking camera and Harmon Kardon Sound system.

First impressions of the new car are that the ride is much smoother than the T4’s. Despite sitting on 20-inch alloys, the T5 seems to glide over bumps more gracefully than our last car (which rode on 19s). We’ve also found the steering to be more precise and slightly weightier, improving the already impressive driveability.

The extra performance is welcome, knocking more than a second off the 0-62mph time, but we’re still noticing an intermittent lag from the seven-speed automatic transmission that plagued our last car.

From a running costs perspective, the T5 will cost drivers an extra £15 per month in BIK over the T4 ‘Plus’ while fleets will pay an extra £124 per year in Class 1A NICs and 7p per mile in additional running costs. The latter is predominantly affected by the T5’s steeper depreciation.

Despite being five years into its lifecycle, the XC40 remains a frontrunner in its segment.

Volvo C40 first drive | much to like, except the price

The C40 is a refreshing model for Volvo, but is it an attractive fleet proposition?