"The MG5 is rather unique, both in the fact that it’s only available as an estate and it’s pretty much the only electric estate car currently on sale." 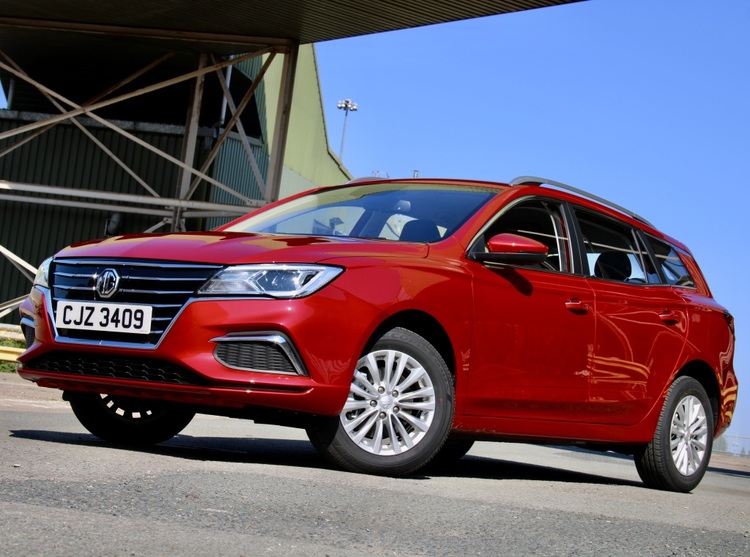 There’s been a distinct lack of electric cars in the £25,000-£30,000 price bracket that provide fleets with suitable levels of practicality and enough range for high-milage users.

MG may have the answer with the 5 EV, now that is has been given a larger long range battery with the promise of covering 250 miles between charges.

The MG5 is rather unique, both in the fact that it’s only available as an estate and it’s pretty much the only electric estate car currently on sale.

Prices start at £28,940, before the Government’s plug-in grant is applied, meaning the 5 EV Long Range undercuts smaller rival models like the Hyundai Kona and VW ID3 by a significant margin.

On paper, its credentials are likely to leave most fleet managers reaching for their chequebooks, with the ability to recharge to 80% in 40 minutes (100kW), a seven-year warranty and a boot that’s bigger than that of a Ford Mondeo Estate.

While MG has an illustrious history for making exciting and sporty cars, the 5 is most definitely not part of the same blood line. It’s probably the most bland-looking car currently on sale, and you’d be forgiven for mistaking it for a 10-year-old Hyundai. It’s definitely a car for those that want to stay under the radar, which is no bad thing, but the looks just don’t really do the car justice as it’s actually a decent bit of kit.

If the car provided a more sportier look, in keeping with other MG models, it might stand a better chance of attracting user-choosers.

The motor serves up 156PS, which is more than enough. It can zip to 60mph from rest in less than eight seconds and is likely to appeal to drivers who’ve been previously stuck with small capacity diesel engines.

Given its price, the levels of refinement are reasonable. One downside is the seat, which is awful. After a couple of hours behind the wheel the hard and unsupportive chair means your lower back will give out before the battery does.

The interior is much nicer than the exterior, with a mix of materials and a simple layout. The central touchscreen includes Bluetooth, sat-nav and a reverse camera but it isn’t as slick to operate as we’d like. Similarly, there’s a partially digital instrument cluster, which seems more complicated than just fitting a fully digital one, and lacks the customisation we’re used to from other brands.

Driveability is a more positive element of the car. Despite the Long Range sitting 9mm higher than the regular MG5, the car rides well and tackles county lane bends with suitable vigour. It’s not the most thrilling car on sale and it certainly won’t turn any heads, but the MG5 Long Range is a practical, well-equipped and affordable electric car that gets the job done.