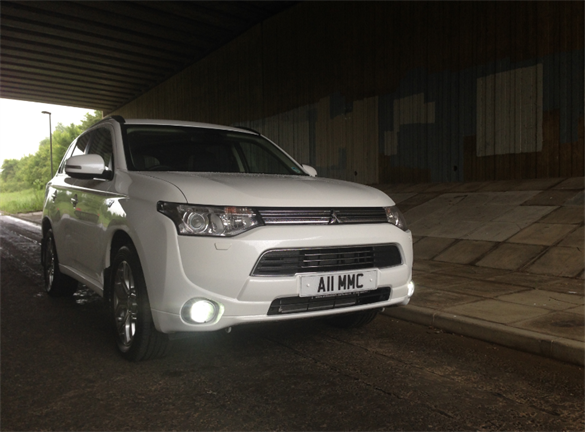 The Outlander PHEV is available with a smartphone and tablet app, which allows the driver to monitor the vehicle and access some functions remotely, like other plug-in vehicles.

Perhaps the most important is to keep a check on the level of charge, or when charging, the time left to charge.

Useful if you want to delay charging until a specific time, use the mains to power the air-conditioning to set the initial cabin temperature so you don’t use valuable battery capacity when setting off, or if you’re absent minded (like me) and sometimes can’t remember if you’ve locked the car.

It’s compatible with Android and iOS and communicates via a local area network and there is no subscription.

It also helps locate the car in a car park by allowing the headlamps to be illuminated remotely, although I think our pearlecent white model stands out well enough.

While apps such as these tend only to be available for plug-in cars at the moment, it is likely that they will be offered for cars with standard petrol and diesel powertrains in future, as monitoring or setting charge times is only one small part of what can be done with them.

And with less than two months to go before the Outlander goes back to Mitsubishi, I’ve spent most of the last 12 months running plug-in hybrids that have an app to communicate and monitor the car (previously the Volvo V60 Plug-in Hybrid, which had an even more sophisticated and detailed app).

Often we take certain vehicle features for granted and I’ll most likely have to become used to being isolated from my car again once it’s parked.