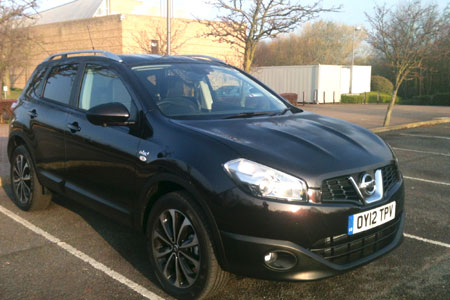 The Nissan Qashqai is one of the biggest success stories of 2012 so far and, as well as winning a number of key awards including Best Crossover at this year’s Fleet News Awards, it is also one of the best-selling vehicles in the country.

After five months with our Qashqai long-termer I have become quite attached to it and will miss it when I hand the keys back next month.

Our range-topping N-Tec+ comes with a long list of standard features. Touchscreen satellite navigation, a 360° camera system, automatic lights and wipers and stop-start technology are just some of the highlights.

The stop-start technology displays on the dashboard how much CO2 you are saving when it is active, which I think is an insightful feature. Informing the driver of the environmental benefits and giving them a tangible total is very useful and I found myself pleased to have saved 2g/km on a trip
from Peterborough to Birmingham.

The 360° camera allows you to select different views of the surrounding area of the car and comes up automatically when reversing. The camera is easy to use and particularly valuable when trying to reverse into a tight spot. The system is just missing an audible sensor alert to make the whole parking experience a complete breeze.

I have never felt disappointed or deprived with the equipment level on the Qashqai, but an instance with East Coast Trains a couple of weeks ago left me feeling frustrated.

After disembarking a train from Newcastle, I found I managed to leave the keys to the Qashqai on the train.

Although it was waiting with the doors open to be given the signal to leave the station, a member of platform staff prevented me from getting back on to pick up the keys.

Instead I had to wait for East Coast Trains to take them to London and transfer them to another train to return them to Peterborough.

It isn’t the Qashqai’s fault (it’s mine), but had this car come with keyless entry, I wouldn’t have needed to take the keys out of my bag and risk leaving them on the train.