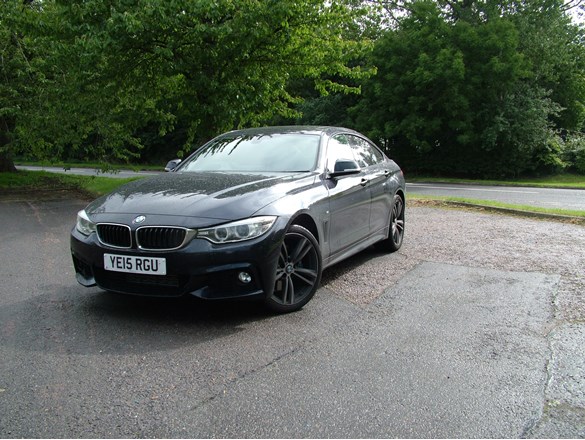 What image does the word ‘coupé’ conjure up in your mind? Probably not a five-door car with practical boot space. And that’s the problem facing the 4 Series Gran Coupé.
Even BMW admits as much. Matt Bristow, head of fleet, told Fleet News recently: “It is suffering from the coupé nomenclature. It’s a five-door and the boot space is practical, so it should sit in the corporate sector for user-choosers. We will enhance our advertising and communications to promote the benefits for fleets.”

And that’s a real pity, as this is an excellent car, combining looks, driver performance, efficiency and competitive running costs in one package. So much so that it risks cannibalising sales from elsewhere within the BMW range. Although that might not be such a concern.

Bristow again: “The car will appeal to customers who might have had two or three 3 Series in recent years. It gives them another option if they fancy something different – we expect to see some migration.”

The 4 Series Gran Coupé makes an impact. Its swooping roofline and hunched stance turn heads, and the wow factor continues inside the car (it’s been a while since you could say that about a BMW). Everyone who has stepped into the car has ‘oohed and aahed’ about the interior, in particular the reddish leather upholstery (officially Coral Red Dakota) with black highlight.

So far, we’re averaging 45mpg, rising to just above 50mpg on longer journeys. The official figure is 65.7mpg. I think that’s ‘must try harder’ on the school report.
One other point of interest: specced up, this M Sport derivative is priced £43,620, a smidge under £6,500 more than the SE-trimmed 5 Series we swapped for it.

ricing lines between different segments have long since dissipated.