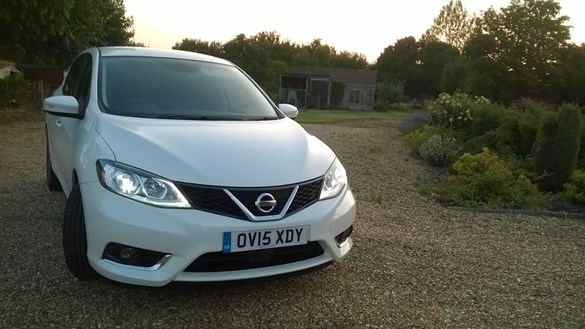 The launch of the Pulsar in September last year ended Nissan’s eight-year hiatus from the C-sector.

This began in 2006 when the Almera was discontinued, with the manufacturer replacing both it and the Primera the following year with the hugely-successful Qashqai crossover.

Since then, the Qashqai has consistently been Nissan’s best-selling model in Europe, but the lack of a C-segment contender had been hurting Nissan’s fleet business in the UK: it was not able to sign solus deals with some companies.

To help overcome this problem, Nissan introduced the Pulsar. While many manufacturers chase sporty ride and handling characteristics with their family hatchbacks, the Pulsar has been set up for comfort first, which I like.

One example of this is that while some rivals have hard, unyielding seats, I was really pleased to discover that the Pulsar’s are far more softly sprung.

This, combined with a smooth ride, makes the Pulsar well suited to long journeys.

On the downside, its display does not have sharp graphics and, when it dips into night mode, I have found that the screen can be hard to read.

The best news is the fuel economy, however. Official combined economy is 78.5mpg and while I haven’t matched that, on a long journey I saw a high of 71mpg. Around town, the Pulsar averages mid-40s.