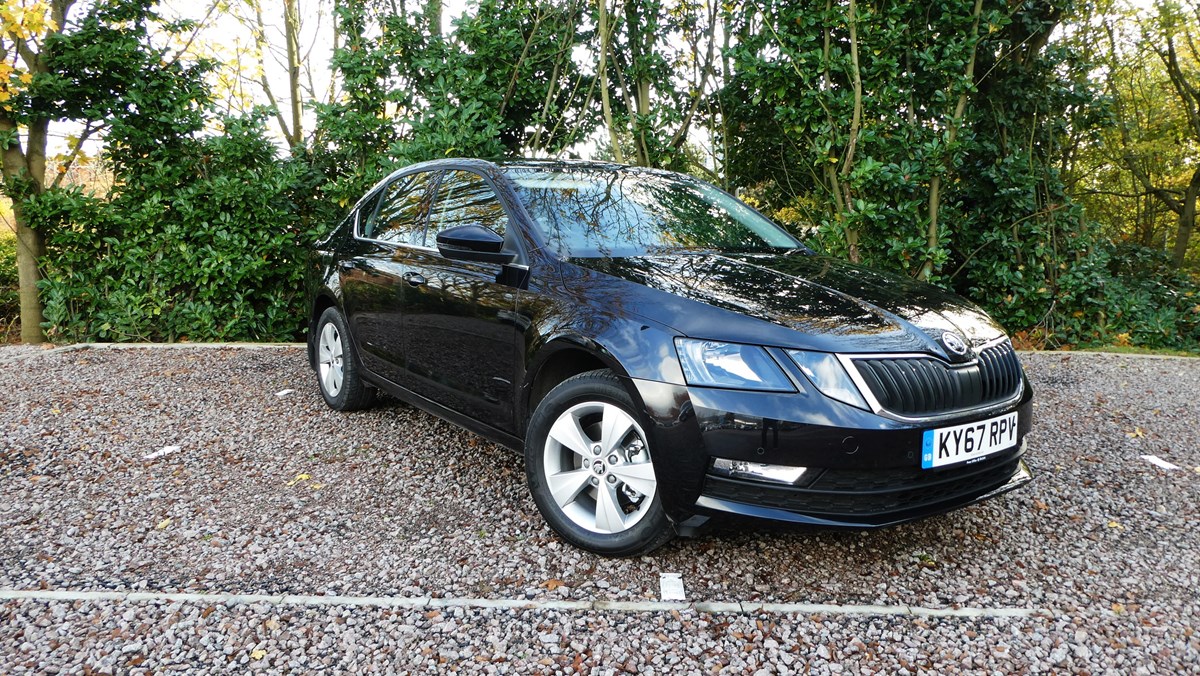 Skoda's Octavia has proved to be practical, efficient and spacious as Sarah Tooze concludes in her final test.

We have bid farewell to arguably the most practical vehicle on our long-term test fleet, the Škoda Octavia.

During the six-month test it has:

Škoda has recently made it possible for a number of its models, including the Octavia, to interface with Amazon’s Alexa virtual personal assistant, meaning drivers can ask Alexa to check things such as the car’s current fuel level, whether they have left the headlights on and where the car
is parked.

Our Octavia clocked up 7,000-plus miles trouble-free during our test and its 1.0-litre, three-cylinder petrol engine proved efficient on longer journeys, with fuel economy peaking at 55mpg (just 3mpg below the official combined figure).

It averaged just shy of this towards the end of our test (53.4mpg – more than 10mpg better than the 44.7mpg real-world driving figure recorded by the Equa Index).

A minor irritation was the noticeable wind noise at speed from the driver’s door, but, otherwise, the Octavia was an enjoyable drive.

Sarah Tooze explores how the Octavia measures up to rivals with wholelife cost, but finds the boot size sweetens the deal.

We’re five months and 5,945 miles into our long-term test of the Škoda Octavia and, to date, it’s proved reliable and economical with fuel economy now averaging 50.1mpg.

But how does it stack up on wholelife costs against its rivals the Ford Focus 1.0T EcoBoost 100 Titanium, Honda Civic 1.0VTEC Turbo 129 SE and Vauxhall Astra 1.0i Turbo ecoTEC 105 Tech Line Nav?

Employers would have to pay a first year Vehicle Excise Duty (VED) rate of £145, then £140 for each car.

The Astra is the overall winner but it’s worth noting that its boot space is dwarfed by the Octavia’s (a difference of 220 litres with the rear seats up and 370 litres with them folded), something I appreciated in my previous report.

Sarah Tooze has a moving experience while using the Octavia's impressive boot space.

One of the Octavia’s strengths is its generous boot space (590 litres with the rear seats up, 1,580 with them folded) and it proved particularly useful when I moved house recently.

Although we used a removal company we still had to spring clean our previous rental property and needed to move a number of items afterwards.

The Octavia had no trouble accommodating a step ladder, upright vacuum cleaner, mop and bucket, telescopic window cleaner and various other cleaning products. We could even fit in a large rug with ease.

Our Octavia comes with handy features, such as a double-sided boot floor (carpet on one side and a washable rubber surface on the other) and a media holder, which are both available as part of a ‘simply clever’ pack for £90.

I’ve also found the ticket holder clip on the windscreen useful, although I have yet to take advantage of Škoda’s other standard fit ‘simply clever’ features such as the ice scraper in the petrol cap as I’m used to carrying one in the door pocket.

On the road, the average fuel economy is still close to 50mpg (currently 47.5mpg) based on short journeys. That’s 3mpg higher than the 44.7 real-world driving figure provided by the Equa Index (see the tools section of the Fleet News website).

Our car’s fuel economy did drop a few mpg when fully loaded and after I had to leave the engine running while stuck in heavy snow when the ‘Beast from the East’ hit.

I eventually got towed up a hill by a police car and count myself lucky – others on the A1 were left set for the night.

After putting the Škoda Superb to the test in 2016, we’re now running the brand’s other key fleet model, the Octavia, which was facelifted earlier this year.

Škoda may be expecting big things from its SUVs this year but that doesn’t mean it has taken its eye off the Octavia ‘ball’.

The most noticeable change is at the front, with the Octavia now featuring split headlights.

Not everyone is a fan of them but it does help to make the Octavia more distinctive – something I feel it needs as, having just tested key rival the Honda Civic for the past six months, the Octavia looks bland in comparison.

But what the Octavia might lack in appearance it makes up for in practicality.

It’s known for its class-leading boot space (590 litres with the rear seats up, 1,580 with them folded) and its spacious interior, making it appealing to private hire operators and other job-need fleets.

We’re testing the entry-level 1.0-litre three-cylinder petrol engine, which works out cheaper to run over four years and 80,000 miles than both the 1.6-litre and 2.0-litre diesels.

The official combined fuel economy is 58mpg for our test model and we’re currently averaging 48.5mpg after around 1,000 miles.

On longer motorway journeys our Octavia has returned around 52mpg.

The engine is as quiet and as refined as the Civic’s 1.0-litre petrol which I previously tested and it’s a fraction quicker (0-62mph in 9.9 seconds compared to 10.8).

However, there is noticeable wind noise at higher speeds on the motorway.

While I’ve yet to put all of the Octavia’s technology to the test, I’ve been impressed with the optional rear-view parking camera (£375) which has great night-time visibility.