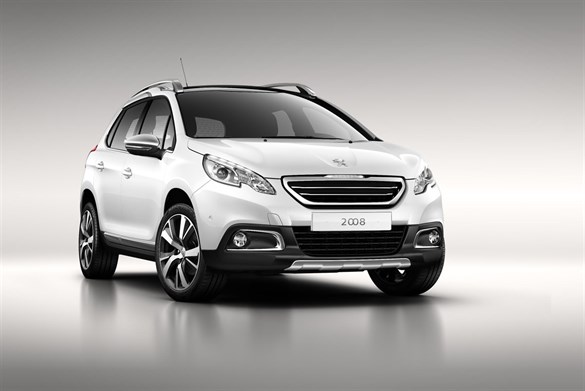 Peugeot has been promising to reinvent itself for a number of years after a disastrous sales period in the mid-2000s.

However, despite producing cars like the excellent 508 and award-winning 3008, it continued to fall short in many fleet eyes. The 208, launched last year, finally sparked the renaissance; the 2008 should further build the momentum.

Based on an extended 208 platform, this compact crossover car is great to drive, has a striking interior design with quality materials, and offers ultra-low emissions/high fuel efficiency engines. All give it genuine user-chooser appeal.

Peugeot expects fleets to account for 40% of the estimated 8,000 annual sales, primarily via leasing companies. Open-ended user-chooser fleets will take the majority with conquest sales from the likes of the Nissan Juke/Note, Skoda Yeti, Citroën C3 Picasso and Vauxhall Meriva/Mokka.

The 2008 will also help Peugeot to retain 207 SW customers following its decision not to launch a 208 estate.

Pricing starts at £12,940 (P11D), although Peugeot fleet director Phil Robson expects most corporate buyers will opt for the middle two of the four trim levels – Active and Allure – which are priced between £16,000 and £18,000 for diesel.

“People will downsize to this car but will buy in a higher trim level,” he said.

Robson was hopeful the 2008 would attract a “one or two percentage point rise” over comparable 208 values, putting it at around 38-39% over three years/60,000 miles. However, CAP is actually quoting an impressive 43% on the Active.

“Our strategy is to have a competitive price, low support terms and strong residual values,” Robson said.

“We started this with the 3008 and have kept it going for every vehicle since.” 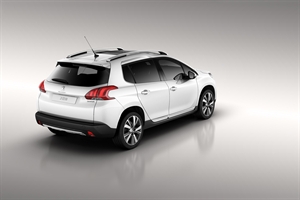 Four diesel engines will be available from launch in July. The biggest fleet seller will be the 1.6-litre 92bhp diesel, available as 103g/km manual and 98g/km EGC semi-automatic. They are complemented by 1.4-litre 68bhp 104g/km and 1.6-litre 115bhp 106g/km diesels.

Low-mileage company car drivers should also consider the new-generation three-cylinder petrol options, particularly the 1.2-litre 82bhp 99g/km engine. The financial figures should swing in its favour for fleets and drivers travelling at least 10,000 miles a year, and possibly as much as 15,000.

Customers who plump for the Allure or range-topping Feline get Peugeot’s Grip Control as standard (apart from on the 1.2 petrol and 1.6-litre EGC diesel). It offers five modes: standard driving, snow, all-terrain, sand and ESP off.

Combined with Goodyear’s 4 Seasons all-weather tyres, Grip Control is intended to be a cheaper and lighter alternative to a four-wheel drive system.

Peugeot calls it “clever two-wheel drive” – it’s not a replacement for four-wheel drive but offers a solid compromise for anyone who needs occasional off-road ability.

The 2008 looks compact and cute from some angles, bland and bulbous from others.

The interior is much better, taking inspiration from home furnishings in the selection of materials. Tactile textures complement the general layout, although disappointingly Peugeot hasn’t got rid of all the cheap scratchy plastic on the door panels.

The 2008’s timing is perfect. The 208 has done much of the hard work in convincing leasing companies to take Peugeot seriously: the compact crossover will now reap the rewards. 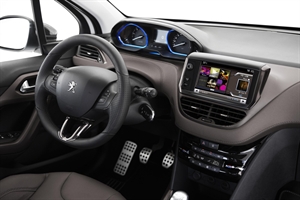 The 2008 surprises: it offers a highly enjoyable driving experience. Despite being raised by 16.2cm (it’s also 25mm wider, 200mm longer and 96mm higher than the 208), the car feels nimble and sure-footed on challenging routes.

The steering is well weighted and body roll is minimal even through tight hairpins. Yet the suspension is also cushioned and absorbent on rutted roads on both 16- and 17-inch wheels. Peugeot appears to have got the balance just right.

The 115bhp diesel engine is willing with sufficient power for a car weighing just 1,045kg. It’s refined at speed and pulls well across the rev range but particularly at the lower end.

The lower-powered 92bhp version is another surprise: it’s a perky, eager engine that will satisfy most drivers’ needs.