Our Fleet: Renault Laguna - Page One 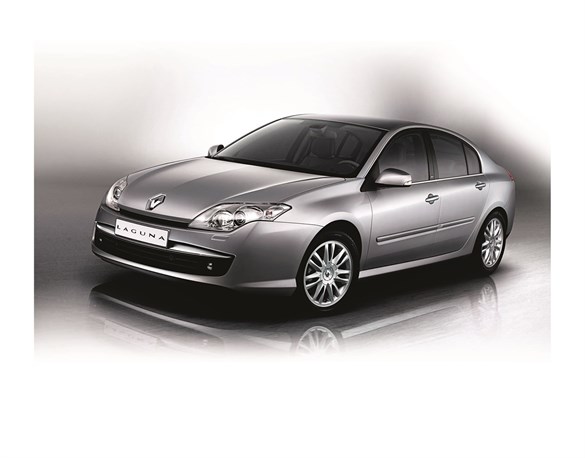 The arrival of our new Renault Laguna has been the inspiration for a new guilty pleasure in the form of Renault TV.

This digital TV channel (Sky Guide 883 or www.renault.tv in case you wondered) is a full television channel dedicated to all things Renault.

It comes complete with ad breaks for its cars and programmes that range from archive footage to vehicle reviews and the tenuous offering of cookery programmes, where I assume the chef drives a Renault.

Despite the variety of output, there are strong underlying brand messages, including an emphasis on product quality that Renault recognises must be reflected in vehicle production following image-damaging problems in the past, such as with the Laguna II.

At its launch, CEO Carlos Ghosn set a target that the Laguna would be among the top three in its sector (including Audi and BMW) for both product and service quality.

It is a tough challenge, but our Laguna Hatch Dynamique TomTom dCi 150 is a clear sign that his words led to action, as overall the Renault is comfortable and refined with very good interior finish.

This has been achieved while maintaining competitive pricing. Our model has an on-the-road price of £20,485, boosted to £21,020 with the range of options fitted, including metallic paint (£460) and an emergency spare wheel (£75).

As the name suggests, our car comes complete with a Carminat TomTom Live navigation system, which is integrated in a much more satisfactory way than in the Megane long-termer we drove recently.

It packs a lot of value into a quality package and also backs that up with up to 50mpg economy (if you are careful) from its flexible and quiet 2.0-litre diesel engine, which emits just 136 g/km, putting a driver in the 19% tax bracket (rising to 20% from April).

Renault seems to have ground to make up in the fleet sector with the Laguna, as fleet registrations of the (mostly) pre-facelift hatchback in 2010 were 637, but an increase over 2009.

With diesel now costing more than £6 a gallon, I haven’t had the heart to test its claimed 0-62mph time of 9.5 seconds, but it has proved very capable when overtaking and pulling out of crowded junctions into fast-moving traffic. Claimed maximum speeds (131mph) are generally irrelevant, but it cruises comfortably motorway speeds.

The driver’s and front passenger seats have height, rake and lumbar adjustment (lumbar driver’s seat only), which ensures long journeys are comfortable. The only niggle is that the seatbelt lock sticks out from the seat and I have started some journeys with a bruised hip after sitting on it as I got in the car.

Despite this, the first 1,000-miles have passed very comfortably and there hasn’t been any need to make use of Mr Ghosn’s 3 year/100,000 mile warranty, which suggests Renault’s claims aren’t just limited to its TV programmes.