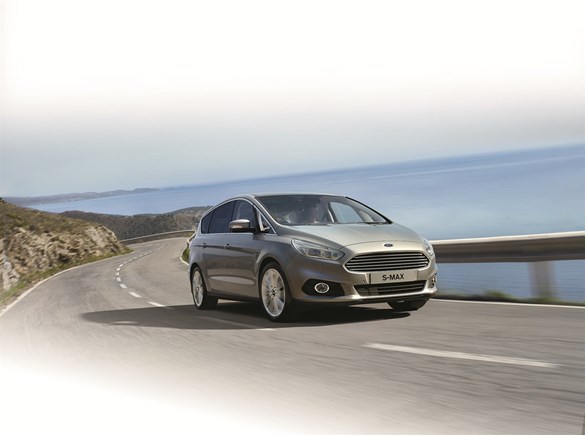 Company car drivers have a wide choice when it comes to seven-seat MPVs: Ford alone offers three models – Grand C-Max, S-Max and Galaxy. Both Grand C-Max and S-Max were shortlisted for the ‘best seven-seat people carrier’ category at this year’s Fleet News Awards, with the latter collecting the winner’s trophy.

The judges described it as “an excellent drive which appeals to the driver’s heart as well as the fleet’s head”.

We took the car for a week to see if it lived up to that glowing testimony, testing the 2.0-litre TDI 180hp engine with the Titanium X Pack (Titanium X is no longer an
equipment level in its own right; it is now orderable as a separate pack), offering 56.5mpg and 129g/km CO2, plus running costs of 41.33ppm.

Large MPVs have to perform one function very well: accommodate seven people. And by accommodate, we mean ample seating space plus room for drinks, magazines and other paraphernalia. The S-Max performs this duty with aplomb.

All occupants have proper seats, including full padding in the rearmost two with full head restraints, and enough leg, head and – vitally – elbow space to satisfy most body sizes and shapes for lengthy journeys.

The middle seats can be slid forward and back individually to create enough legroom in the rear seats to keep adults happy, although they are probably best used by children as they are mounted close to the floor.

Admittedly, boot space is compromised with seven occupants – but those who need the extra capacity would tend to upgrade to the Galaxy. There is no lip on the boot, though, so luggage slides right in.

As a frequent five-seater and occasional seven-seater, the S-Max can’t be beaten for interior space and comfort.

It has cubby holes and storage areas galore, including two cupholders between the front seats, deep door bins and a large lidded central bin that doubles as an armrest. There is also a lidded container on the top of the dash and overhead storage for sunglasses. There is under-floor storage in the middle row, as well as folding trays and decent space in the doors, and the whole car is given an airy feel thanks to the full-length panoramic glass roof.

Not so long ago, that would’ve sufficed for a five-star review. No longer: people carriers now have to offer a degree of driving enjoyment. Here the S-Max truly excels.

However it is loaded, the car is engaging to drive, equally at home crunching the motorway miles as it is navigating the UK’s twistier B-roads. With keen responses and precise steering, its agility befits a much smaller car, with limited body roll on the bends but a padded drive on the more rutted carriageways. And at all times, the decent driving position offers an excellent view of the road ahead thanks to slim A-pillars and a wide glass area.

All this comes packaged in arguably the best looking MPV on the market, with deep side skirts, 18-inch alloys and a steeply raked windscreen which merges into a sleek roofline and swoops to a short spoiler above the boot lid.

There are a few quibbles. The automatic handbrake release is a little slow to unhitch and the interior quality could be a little better – particularly when compared to Ford’s usual standards – and more ergonomically friendly.

So, the question is: did the S-Max justify the judges’ fulsome praise? You bet!