Škoda plays it safe with the Kamiq | first drive

"Coupled with direct steering and lashings of grip from the front tyres, the Kamiq feels more accomplished than many of its rivals" 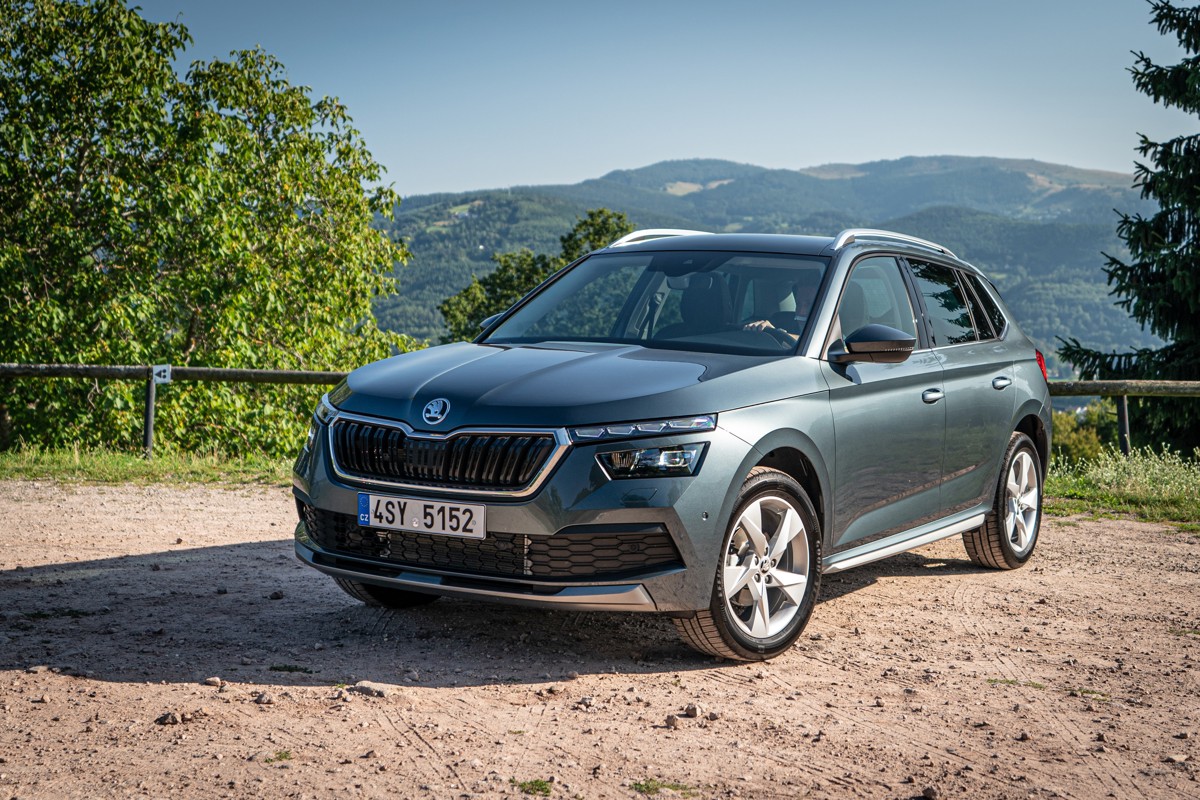 The line between what we’d call a hatchback and a compact SUV is becoming increasingly blurred as manufacturers continue to expand their ranges to fill every available segment.

In the case of the Škoda Kamiq, it’s the third – and smallest – SUV sharing the same platform, sitting alongside the Seat Arona and VW T-Cross.

In reality, it’s a sort of raised-up Scala – with both sharing engines and an interior.

There is no pointless plastic cladding to signal the car’s off-road focus as the Kamiq is a ‘city SUV’ – a sensible family car that just happens to be a bit taller than the likes of a Ford Focus.

Forget all-wheel drive, locking differentials and approach angles. This car is all about efficiency and comfort.

Visually, it is fairly uninspiring – especially considering an all-new version of the current segment-leading Nissan Juke is just around the corner and that competitor is a car which seeks to defy convention when it comes to styling.

Škoda’s decision to play it safe is a good one though. The Kamiq is unassuming and gives off a more premium vibe than funkily-styled rivals, despite – essentially – being a budget model.

Exactly where the Kamiq sits in VW Group’s stable is somewhat of a mystery, as it is actually longer than the VW T-Roc, which is meant to be in the segment above it, yet has a smaller boot than the T-Cross.

Either way, its proportions allow for a spacious and practical passenger compartment, while short overhangs ensure the car is easy to manoeuvre and park.

The line-up is, unsurprisingly, powered by VW Group’s usual powertrain mix. There’s a 1.0-litre TSI petrol engine and 1.6-litre diesel, while a 1.5-litre petrol will also join the range once it completes homologation. 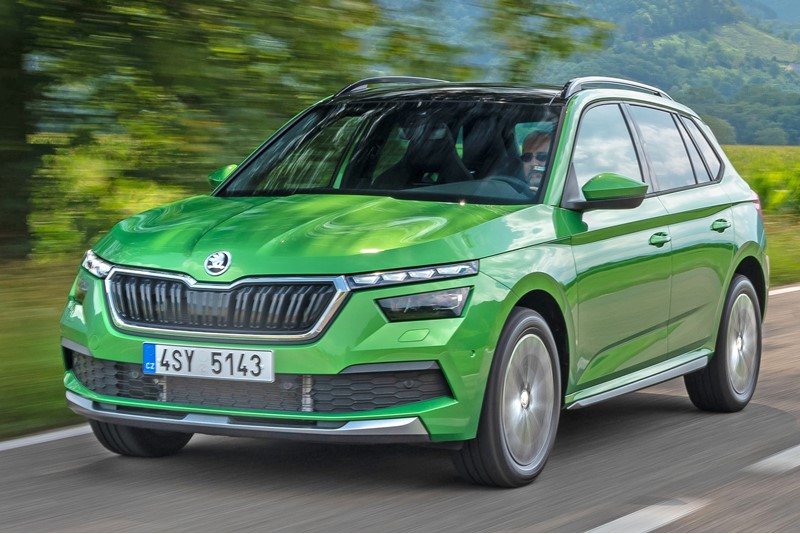 Škoda expects the 1.0 three-cylinder unit to take the bulk of sales. It is available with a 95PS output and a five-speed manual gearbox or with 115PS and a six-speed manual or seven-speed DSG.

Both manual versions emit 116g/km, while the DSG is slightly more efficient with 113g/km.

The diesel emits the least CO2, at 112g/km, and should return the highest fuel economy.

As with other VW Group models, the 1.0-litre petrol engine should suit the needs of most drivers. It’s responsive and refined, if a little lacking in torque.

Official figures suggest it’s capable of averaging 49mpg, which seems believable based on our experiences of the engine in other cars. The diesel promises a more impressive 56mpg.

Now we’ve covered the Kamiq’s sensible looks, practical styling and efficient running costs this is the bit where we say it’s a bit disappointing to drive, right?

Well, surprise: the Kamiq is actually a decent steer. It’s based on the same new platform as the VW Polo, which is much stiffer than before and pushes the wheels further into the corners to improve balance.

Coupled with direct steering and lashings of grip from the front tyres, the Kamiq feels more accomplished than many of its rivals and makes the most of its modest power outputs.

The manual gearbox is slick, but its ratios are long – dampening performance. A result of the need to drive down CO2 and improve mpg.

DSG-equipped cars feel livelier on the move, although they are a little lethargic when you need to pull away quickly.

The model line-up mirrors the Scala – so SE models are likely to be the fleet pick, balancing strong equipment levels with low P11D values. 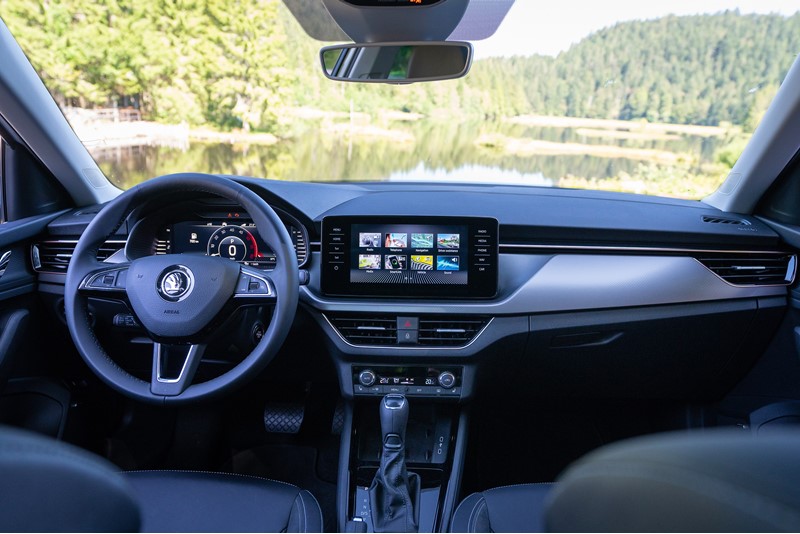 At the launch event all the cars we tested were equipped with Škoda’s larger 9.2-inch infotainment system, which offers full connectivity.

All versions get smartphone connectivity for Android Auto and Apple CarPlay and there’s also Laura, the Škoda digital personal assistant.

Other equipment highlights include the optional, automatic door-edge protection, an electric tailgate and an electrically retractable tow bar.