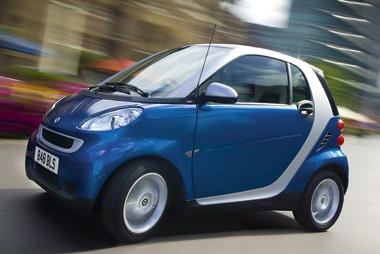 On the face of it, a diesel Smart should be a vehicle that every fleet which needs to run as fuel efficiently as possible will be looking at.

On sale in right-hand drive form in February next year, it has the lowest CO2 emissions of any current production car worldwide, at only 88g/km, which means an official combined fuel economy
figure of 85.6mpg.

The car uses a three-cylinder common-rail diesel engine developed by Mercedes-Benz providing 45bhp, and is available in both coupé and cabrio versions.

Dermot Kelly, managing director of Mercedes-Benz Cars, said: “The diesel gives customers the whole range of Smart benefits when driving in and around the city, with the added bonus of low cost, long distance motoring.

Our retailers are reporting heightened interest in the iconic two-seater. Registrations are buoyant and we think the addition of the Smart cdi to the range early next year will give added momentum.”

Incredibly, Smart reckons that the combination of the diesel’s superb fuel economy and its 33-litre fuel tank mean that it can travel 670 miles between fill ups, equal to travelling from Dover to Prague without stopping.

My word, you’d have to be into masochism on scale far beyond some prison-based slap and tickle role play in a Chelsea flat.

The new Smart in itself is a much more comfortable, refined car than the first model, with more pliant suspension and smoother gearchange, and higher quality interior.

But the diesel engine is a rackety beast. Stood outside the car there’s this odd feeling there must be an invisible coach ticking over nearby, because surely there’s no way this little plastic box could be producing so much noise.

It is, and on the inside things don’t get a great deal better.
With the engine mounted just below and behind you, there just is not the space to add enough sound deadening material to cancel out its chug.

And with 45bhp, there’s not much performance either.
It feels sluggish and nowhere near as sprightly as the petrol models.

From this October, the 61bhp and 71bhp Smarts come with Micro Hybrid Drive, which makes perfect sense for this city-based car. The 84bhp and Brabus models will get it in 2009.
It’s not really a hybrid at all – that’s just marketing speak.

It doesn’t run on an electric motor at any point, but instead has a starter generator, which means the fortwo can stop and start when needed. Just come to a halt, or drop below 5mph, and put your foot on the brake, and the engine cuts out. Take your foot off, and it starts up.

This simple system means that in town, you could save up to 13% in fuel and up to 8% on the combined cycle. It also disengages in reverse and can be switched off entirely by a button near the gear lever.

The use of regenerative braking also produces the extra electrical energy needed to start the engine regularly in town traffic.

It’s not available on the diesel model, but will be fitted to all petrol versions.

After driving it around town for a brief period, it stops and starts very smoothly, and makes you feel even more superior in your Smart than you already were.

In a lot of ways, the fortwo cdi is a bit odd. To make diesel really pay you need to do a lot of miles, but if you’re planning on doing a lot of miles, a fortwo really isn’t the car for you. Which pretty much sums it up.