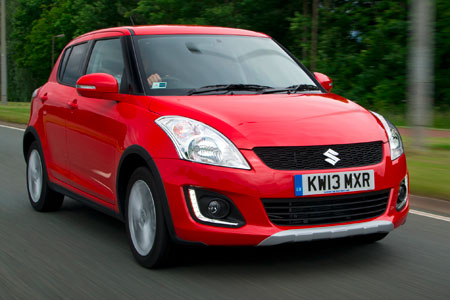 Suzuki has decided it wants a piece of the Fiat Panda 4x4’s success, so has joined the niche B-segment 4x4 sector with the launch of its Swift 4x4.

Drivers get a choice of two specifications: the SZ3, which looks like a normal Swift SZ3 apart from a 4x4 badge and a suspension lift of 25mm; and the SZ4, which adds front and rear skid plates, black wheel arch extensions and black side skirts.

The off-road extras fitted to the SZ4 give the Swift a purposeful look, without going over the top.

On the road, the 4x4 feels composed and handles as well as its two-wheel drive counterpart, and better than a cumbersome full-size 4x4.

The 1.2-litre petrol engine isn’t the most powerful and requires drivers to regularly drop down a gear, but emissions of 126g/km and official fuel economy of 51.3mpg will please fleet managers

Although a diesel unit might suit the Swift 4x4 well, Suzuki insists there isn’t demand for it within the UK.

Off-road it’s no mud plugger, but it copes well with potholed tracks – its kerbweight of 1,085kg helping it to pass over obstacles and slippery surfaces with ease.

The 4x4 system is automatic and shifts torque to the rear wheels when extra traction is needed, allowing the driver to concentrate on driving without having to press buttons or pull levers to engage four-wheel drive.

Inside is functional and some of the materials don’t feel as high quality as in many cars this price.

As with the regular Swift you sit high up, but this offers a good view of the road and you soon get used to it. 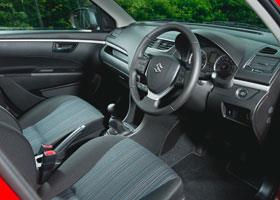 One of the changes made to the 2013 Suzuki Swift is a string attachment for the parcel shelf – an answer to complaints that it was easy to forget about and it would block rear-view vision when left up.

The boot isn’t the biggest within the segment, but that’s down to the relatively short length but long wheelbase.

Expecting it to be popular with fleets that can’t afford downtime when the country grinds to a halt in the wintry weather, Suzuki offers a winter tyre service which allows tyres to be swapped over and stored at your local dealer or at Suzuki head office in Milton Keynes.

Original estimates suggested Suzuki would sell around 500 Swift 4x4s in the UK within the next 12 months.

Feedback from dealers suggests that this, however, might rise to 1,000.

If practicality is important, the Swift might not cut it within your fleet.

Moving up a segment towards crossovers brings further practicality, but at extra cost.

However, if you’re after a small car that can handle going off the beaten track or keep going when the weather gets rough, the Swift is definitely worth consideration.