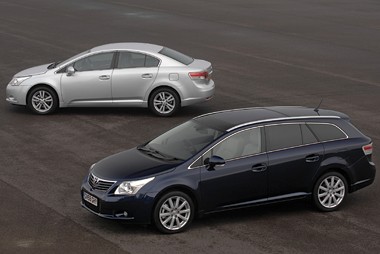 As we enter the new world order, cars such as the Toyota Avensis offer far more appeal to fleet operators than ever before.

We’ve got used to expanding choice lists to cater for user-choosers who want style, performance and brand appeal, but in these current straitened times frugality and parsimony rule.

Boasting more economical engines and much improved residual value predictions, Toyota is well placed to appeal to those firms who want cars that will be as safe a bet as possible.

The best example of these savings comes in what will be the likely best-seller – the 2.0 D-4D 130 TR.

This model lowers CO2 emissions over the previous generation version from 146 to 134g/km of CO2, dropping it two benefit-in-kind tax bands to 18%.

This adds up to a £151 a year company car tax saving for a higher rate taxpayer.

For fleet managers this model also offers savings, with CAP estimating a large uplift in residuals.

Richard Balshaw, general manager for Toyota Fleet, said: “These residuals and the evidence of cost of ownership comparisons reinforce the strong message Avensis can present to fleet managers as a highly competitive all-round package.”

Start up the diesel engine and it becomes apparent that refinement and low levels of noise intrusion were a key target in designing the new Avensis.

This is a refined car, and the theme continues as you drive along in quiet comfort.

The interior is neat and pleasant, and certainly well screwed together.

Cruising is what this car does best. However, its soft suspension shows itself when you drive on twisty roads with a fair degree of body roll.

Well built, comfortable and relaxing to drive – the Avensis ticks all these boxes, and with its residual value and running cost improvements it makes a strong case for itself.