IT seems strange to be writing about a Vauxhall Astra with 237bhp, but these days a figure like this is almost de rigueur for any car with serious sporting pretensions.

And Vauxhall’s Astra VXR has plenty of this, shouting aggression from every gaping air intake and mesh grille. It’s the embodiment of the firm’s push to be taken seriously as a sporty car maker, and follows on the heels of the even more extreme VXR220 roadster and the bruising Australian-sourced Monaro VXR with its 6.0-litre V8 engine.

Compared to these two, the Astra version seems almost sensible, what with its roomy boot, practical three-door hatchback body and a 2.0-litre turbocharged engine.

Except that it’s not. In fact, it’s far from sensible – it’s a bit of an animal with its ‘out of my way’ looks, whistling turbo soundtrack and 150mph-plus top speed.

This car shouts its sporting ambition at every opportunity. Fortunately, it backs up its boasting with a great drive. 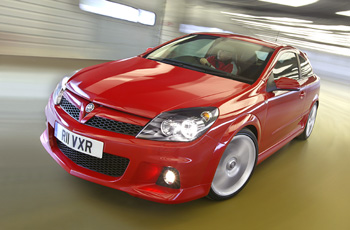 That 237bhp figure propels the Astra to the top of the superhatch league, eclipsing the 222bhp of the Ford Focus ST and Renault Magane 225, and annihilating the Volkswagen Golf GTI’s 197bhp.

It’s also a lot more extreme to drive. ‘Single-minded’ seems a relatively flat way to describe the VXR, but that’s what it is – designed to be driven hard, and to reward that commitment with fantastic handling, acceleration and braking performance.

User-choosers will be a key target for this car, especially with its sub-£19,000 price tag. But unless your staff take their driving seriously, it’s probably better to direct them towards one of the rivals mentioned earlier as they’re far more forgiving to drive and strike a better balance between performance and comfort.

For those drivers who are up for the challenge, they will enjoy the feeling of taking it by the horns and revelling in a car designed to behave in a way which matches its aggressive looks. Because make no mistake, this Astra VXR is unlike any other Astra.

Its immense acceleration is accompanied by an equally impressive display of torque steer, with the front wheels diving about as they try to deploy 237bhp to the road. The ride is hard, cabin noise is high and the steering is ultra-direct.

There’s also a strange whistling noise as the turbo spools up. It feels too forced, too unnatural; as though it has been added in by someone in marketing who has spent too long playing Gran Turismo on their Playstation.

On the plus side, the car looks fantastic, the interior is well screwed together, the list of standard equipment is high and the Recaro front seats are fantastic, clamping you in place between their generous side bolsters.

And then there’s the price – the Astra VXR costs £18,995, undercutting the Golf GTI by £1,000 and the Renault by around £500. Only the Focus ST-2 undercuts it, costing £500 less. It seems Vauxhall has created something of a performance bargain.