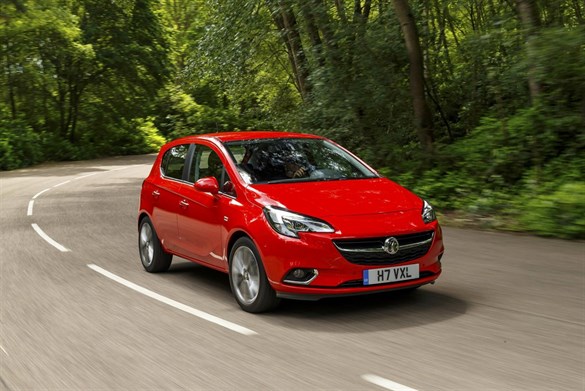 The Corsa has become a cornerstone of the Vauxhall line-up. In 2013, the last full yea of the current model, more than 80,000 units found homes.

That’s more cars than some manufacturers sell from their whole range in the UK during a year.

So it’s an important model to Vauxhall, and for many years has been its best-selling car, with both retail and fleet taking a similar share of registrations, although slightly biased in favour of private customers.

But the ‘new’ Corsa, which will be in showrooms in the coming weeks, isn’t entirely new.

The platform is carried over from the current model – which began life in 2006 and was a joint-development with Fiat, also underpinning the Punto (or Grande Punto as it was known at launch).

But while the platform is carried over, all of the body panels are new, there is a new interior, and all main chassis components are also new.

There is also aggressive pricing with the range starting at £8,995 on-the-road, with list prices reduced by up to nearly £3,000 versus the outgoing model.

Under the bonnet there have been some significant changes. While diesel engines are similar to the outgoing models, modifications see CO2 emissions reduced dramatically to a low of 85g/km on the 95hp version.

But for many small cars, the price premium carried by diesel versions push the break-even mileage way beyond typical use.

So Vauxhall is hoping its new three-cylinder 1.0T petrol engine will lure some drivers of the current diesel. Looking at the range, there is some overlap with the 1.4T petrol engine with the smaller unit carrying a higher price, although it’s more fuel efficient and has lower CO2 emission – from 100g/km if you choose the correct specification and wheel combination.

The 1.0T has some additional technology over the 1.4T, and Vauxhall says it’s retaining the larger engine to give people a lower price option as well as offer something to customers who think a 1.0-litre engine is too small.

One the road we preferred the 1.0T 90 to the 1.4T 100. It is more responsive lower down the rev range and Vauxhall has eliminated the offbeat thrum that often afflicts three-cylinder engines thanks to a balancer shaft.

It also seems to turn in more keenly too. UK versions of the Corsa have specific chassis settings making them more attuned to our roads than the default European versions.

Standard equipment is improved. Vauxhall is targeting fleets with Design, SRi, SE and SRI VX-Line models. The Design has air conditioning, LED daytime running lights, cruise control, Bluetooth, front fog lights, heated windscreen, and DAB in conjunction with Intellilink interface. There is a low-cost (£50) BringGo sat-nav app option which is connected and displayed on the car’s screen via the user’s smartphone.

The all-new interior is a major step forward for quality in how it looks and feels. Its modern, uncluttered design is up there with the best, while it remains as roomy and comfortable as its predecessor.