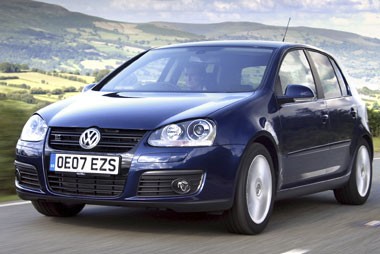 Even if you prefer driving with a manual gearbox, it’s hard to ignore the benefits of an automatic.

With traffic congestion and busy urban roads, changing gear while operating a clutch pedal can lead to frustration and fatigue.

So it is not surprising that automatic gearboxes have grown rapidly in popularity, and one of the best-regarded for its smoothness and efficiency is the six-speed DSG (direct shift gearbox) developed by Volkswagen.

Launched in 2003, it has been a big success, with more than a million cars on the road around the world equipped with the dual-clutch auto DSGbox, dubbed the “intelligent automatic”.

The only limitation to further sales growth has been the size of car for which the DSG box was suitable.

And that is why Volkswagen has just introduced a new seven-speed DSG suitable for smaller models, from the Golf downwards.

It won’t replace the six-speed DSG unit, which continues in production and will still be offered in larger models such as the Passat and Tiguan.

It weighs 70kg (23kg lighter) and needs only 1.7 litres of oil, which is 4.8 litres less than the original DSGbox.

These savings are achieved by doing away with the six-speed DSG’s oil reservoir for cooling the clutches, reducing friction and improving efficiency.

The new gearbox will be compatible with future engine stop-start technology.

Designed for use with either petrol or diesel engines, the seven-speed DSG suits engines ranging in output from 105 to 180bhp, and with torque loadings up to a maximum 184lb-ft.

Although basically similar, there are important differences between the two DSG transmissions.

The new seven-speed DSG has a pair of dry friction clutches, while the pioneering six-speed DSG features a pair of wet clutches immersed in oil.

Giving the new gearbox an extra ratio has enabled it to have a lower first gear to avoid clutch slippage in very slow-moving traffic.

The lower gears are spaced more closely together. Seventh gear is effectively an overdrive for lower engine speed to improve economy during motorway cruising.

Eventually the seven-speed DSG will be available in a variety of Volkswagen Group models, from Audi, SEAT and Skoda as well as Volkswagen.

To start with, though, it is just being offered on the Golf 1.4-litre TSI with a 122bhp power output, at prices starting from £15,982 for the five-door S version.

To overcome the problems sometimes associated with starting on a hill in an automatic, the new gearbox is accompanied by a hill-start system.

This is activated by depressing the brake pedal, and releases the moment the throttle pedal is pressed.

In manual mode, the gearbox has a failsafe over-ride mechanism to prevent any potentially damaging gear changes from being selected.

At the launch in southern Spain, driving a lengthy road route and laps round a small, tight test track, I tried the seven-speed DSG in a 1.4-litre petrol TSI (122bhp) Golf and a 1.9-litre (1045bhp) diesel.

It felt best suited to the petrol car, with shifts through the ’box happening right where you’d expect them.

The same wasn’t entirely true of the diesel, in which the DSG ’box sometimes seemed to be hunting around to find the right gear.

You can’t help being instantly impressed at how smooth and slick the seven-speed DSG ’box is in use.

Even drivers who don’t much like an automatic gearbox may find themselves won over.

There is a choice between three modes: auto, sport or manual, and in all of them the changes between gears are utterly jerk-free and seamless.

Auto gives a smooth and relaxed feel, while the sport setting freshens up the pace of gear changes to give a bit more of a press-on attitude to the ’box.

Manual mode puts you in charge of changing gear, either via the lever or using the up and down paddles behind the steering wheel.

When the novelty of the ’box wears off, you may well find the mode you use most is sport.

It seems to be the optimum, giving the car a more alive feel than auto, and a less frenetic one than the busy chore of using a manual.

Having seven speeds gives close-ratio spacing lower down the ’box, and a top gear that feels like an overdrive for motorway cruising with optimum economy.

The hill-start system that accompanies the new seven-speed DSG is a bonus.

To activate it you depress the brake pedal.

As soon as you touch the throttle, the system disengages for a clean pull-away.

Volkswagen has another winner on its hands with this new seven-speed DSG gearbox.

It carries on from the success of the six-speed ‘intelligent automatic’ and improves on it, with even better fuel economy and improved CO2 emissions.

It’s probably the best semi-automatic gearbox on the market.