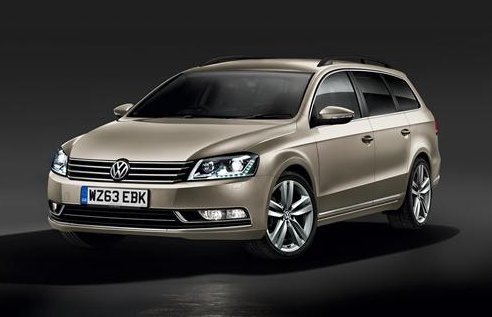 The talk of a new model being months away can make life more difficult for the car it will replace.

For 2014, the Passat range has undergone a few minor changes to make it a more attractive proposition as it sees out its final days as a new car.

The Highline and R-Line models have disappeared, replaced by Executive and Executive Style grades.

In total, the Passat Executive comes with more than £1,700 worth of equipment over the Highline model that it replaces, for a premium of £200.

Leather seats, automatic headlamps and windscreen wipers, and front and rear parking sensors with audible and visual display are standard on the Executive.

Combining some of the elements of the R-Line model, the Executive Style adds 15mm lower sports suspension,
18-inch alloy wheels, bi-xenon headlights, front fog lights, and tinted rear glass. Chosen as options they would be priced at more than £2,000. In the Executive Style, the premium over the Executive is £995.

A useful benchmark for putting this into context is to compare the Passat Executive Style with the Škoda Superb. Škoda, while it now has a full range of high-quality and class-competitive products, is still renowned for offering better value than some rivals.

While the Superb offers the most space for the money in this sector, the Passat is still one of the most spacious load luggers.

The Passat has never been the most exciting car. In fact, the mainstream upper-medium or D-sector has ceded ground over the years to premium badge alternatives as well as SUVs and crossovers.

However, it is elegant and, given the delay in the introduction of the next Ford Mondeo which won’t arrive on the market until early 2015, of the big players in the sector only the Vauxhall Insignia is offering any kind of strong competition when it comes to CO2 emissions and running costs.

The Passat’s 177hp 2.0-litre diesel engine offers a great blend of performance and refinement, while the six-speed DSG transmission on our test car offered fuel economy close to the manual version of the car (around 7mpg lower on the combined cycle at 54.3mpg), with all the comfort and convenience of an automatic.

As the car’s stop-start system doesn’t require the driver to shift into neutral to switch off the engine, as it does for the manual, I reckon in real-world conditions the DSG would be even closer to the manual version of the car.

So the Volkswagen Passat’s sign-off in its current generation is still a very good car. What are the chances of Volkswagen making the new model a little more exciting? From the sketches we’ve seen, there are grounds for optimism.