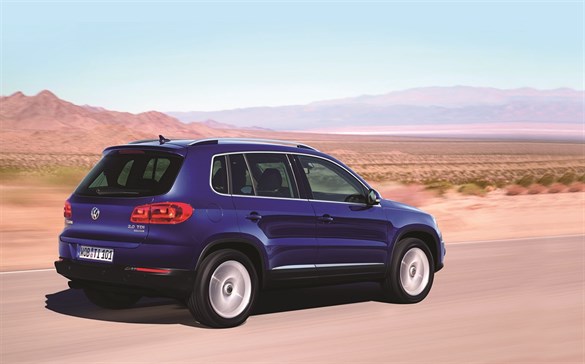 Marketing efforts will concentrate more on ‘pull’ than ‘push’ when the latest version of the Volkswagen Tiguan reaches the showrooms in the next few weeks.

Despite achieving a relatively modest annual sales volume, the compact sport utility vehicle enjoys a bigger share of fleet market business than any other car in the German company’s model line-up in Britain – and VW UK fleet services head Vince Kinner is aiming to keep it that way.

“Fleet customers account for more than half the total of 9,500 units we sell each year to give this car a 14 per cent share of a market sector that is small but significant.

“We are well aware of the need to protect residual values with such a low volume product, so we will try to restrict sales into push channels and keep the Tiguan out of the daily rental sector. We want to focus our efforts in the ‘pull’ area instead and aim to concentrate on the true fleet market,” he said.

Higher power and lower tailpipe emissions are major features of the new range, which goes on order at the end of the month with deliveries expected to start in September.

Developing 110PS for front-drive models, the new unit achieves 139g/km and 53mpg economy, allowing VW to claim its car is one of the most fuel-efficient SUVs available. And while delivering the same output as before, the 150g/km achieved by the latest 140PS unit means the versions it powers are in a lower VED band.

Both 110 and 140 units are packaged with BlueMotion Technology features that include stop-start and a regeneration system that guarantees a fully charged battery at all times.

But an innovation on models fitted with VW’s slick-change seven-speed twin clutch automated transmission also boosts economy by putting the engine on idle each time the accelerator is released while the car is running at cruising speeds.

In effect, it allows the car to freewheel for considerable distances when conditions allow, but it is also smart enough to remain inoperative when engine braking is needed.

New smart assistance systems available include fatigue detection equipment to counteract loss of concentration from the driver and options like Lane Assist to keep the car on course and gadgetry that makes switching between dipped and high beam headlights a thing of the past.