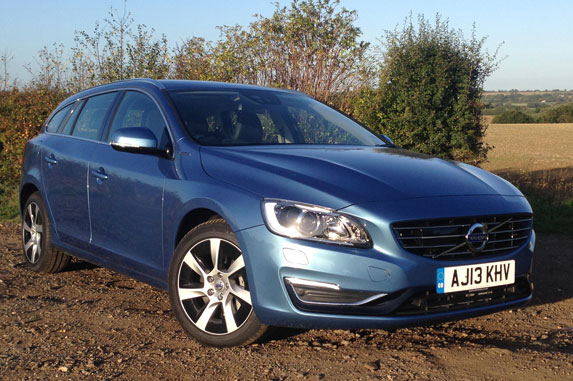 It has been said here previously that the Volvo V60 Plug-in Hybrid makes most sense when used mainly for shorter trips.

They allow full advantage to be taken of charging from the mains, with the diesel engine offering a useful back-up for occasional journeys longer than 30 miles.

Although we took delivery of our V60 with a cable suitable for charging from the mains, Volvo has since sent us a cable compatible with public charging points (which was on back order).

It means charging points can be plotted into longer journeys fitting in with natural breaks, using free electricity to power more miles than diesel.

The V60 had typically got into achieving 140mpg plus for my commute, with the diesel engine firing up for a few minutes
each trip.

When electricity is unavailable for a high-mileage run, fuel economy slips back to a journey average of anything between 50mpg and 100mpg, depending on the distance travelled.

Dragging this average down is the fact that when no charging is available, the car effectively becomes a heavier version of the V60 D5; fuel economy can dip as low as 45mpg.

For that you might as well choose a different car.

I’ve also signed up to Ecotricity and can now use charging points at a number of motorway services.

It won’t be the same as running 80-mile zero tailpipe emissions stints that might be achieved with a battery EV, but at least it will keep the real-world running costs down.

As a footnote, on my Volvo On Call app on my smartphone, my sausage fingers have entered my password incorrectly too many times and I have had to request a new one.

This is particularly inconvenient in this case as the car is owned by Volvo UK and the email of a member of staff is registered for this car, meaning that as it happened at the weekend, it could be a few days before I can access the connected services again.