How do I get buy-in to introduce telematics from drivers, unions and managers?

The starting point should be to understand fully why they want the technology.

“For most fleets, telematics will typically deliver 15 to 20 different areas of benefit, but it will be three or four that deliver around 90% of the value,” says Steve Thomas, sales director at Ctrack.

“The challenge for fleet managers is to understand the biggest opportunities that should be focused on immediately and possess the flexibility to adapt priorities along the way.

“For example, a fleet we have been working with initially wanted to target a reduction in vehicle idling, but analysis of the early data showed that any savings were nominal.

“However, it instead found that drivers were making excessive mileage claims by an average of 28%, which represented a much more significant cost to the business.”

“Fuel is an obvious area to focus on, but it will vary by business,” says Stewart Lightbody, head of fleet services at Anglian Water which has saved £650,000 in fuel after installing telematics in its fleet of 1,640 vans.

The organisation’s programme was carried out in three phases: the first saw the technology fitted to 750 vans in 2014, the second to 500 in 2015, with the remaining vehicles in 2016 as the savings justified the investment.

“Our original business case was based around making a 10% saving on fuel; we also knew it was going to have an effect on health and safety, but that was difficult to quantify,” Lightbody says.

“For me, it was kind of disappointing that fuel was the sole objective because I know telematics can do so much more, but the fuel savings grabbed the attention and since then we’ve been able to demonstrate significantly more benefits than that.”

As well as a typical 10-13% increase in fuel economy across the fleet, telematics has also enabled Anglian Water to reduce its insurance premium by £60,000 a year and tyre costs by £10,000 a month.

“If there’s enough opportunity on fuel alone to cover the cost of telematics, keep it simple and go for the low hanging fruit that is fuel, but know that you’ll also have a positive impact on other areas,” adds Lightbody.

“If you think making the case on fuel alone sounds borderline, add that if you drive up fuel efficiency then you will absolutely reduce wear and tear costs and accident costs: think about all of the opportunities.”

Fleet manager at Bristow & Sutor, Andrew Wearing introduced telematics in June 2016 after making the business case on health and safety grounds, as well as fuel savings.

“We’ve all got a duty of care to drivers,” says Wearing. “You’ve got to make sure they drive safely, so that was a key element of our process, but that doesn’t give you obvious financial savings and sometimes management may not want to spend money unless they can see some tangible benefits in their pocket.

“I’d been amassing data from fuel cards over a period of time and that gave me the economy of every vehicle on the fleet.

“I could see that we’d improved fuel economy up to a point, but found we couldn’t go any further.

“For example, I had some Peugeot 2008s on the fleet and some were doing 40mpg and others were doing 65mpg, so clearly the difference was down to the way the vehicles were being driven.

Wearing says driver coaching and encouragement can often deliver an improvement, but this may only be short-lived before drivers revert to their old habits.

“If you go for the right telematics system you can get a step change in your fuel consumption. We introduced the technology in June 2016 and by July we’d seen a 10% improvement in fuel consumption data – it was almost instantaneous.”

Wearing says this saving alone more than paid for the cost of the technology, as the company’s annual fuel bill for its 157 cars and light vans has fallen by £100,000, with the telematics system costing £28,000 a year.

However, while both Bristow & Sutor’s and Anglian Water’s business cases focused largely on fuel savings to win boardroom investment, fleet managers need to have a clear understanding of their own objectives, according to Sam Footer, head of international business and strategic development at Intelligent Telematics.

“This will enable them to establish what return on investment is achievable and how best to use the technology within their own business environment,” he says.

Identify where telematics can add value

Peter Millichap, director of marketing at Teletrac Navman, adds: “It’s important companies identify where they believe telematics can add value before building a business case. Some indicators are easy to identify and report on in terms of ROI, such as reducing fuel usage, increasing business capacity and improving business efficiency.

“However, fleet managers should also consider how their company is evolving – will some technological advancements in telematics provide greater business benefits a few years down the line?”

For some fleets, improving productivity may be a high priority. Potential gains may be difficult for a fleet manager to quantify in a business case, but Quartix uses the example that if an extra job is charged at £300 and the marginal cost for materials is just £50, then with a telematics solution costing £15 per unit per month or 75p per day, the company has made profit.

One potential way to strengthen a business case for telematics could be to trial the technology in a limited number of vehicles for a set period.

“Piloting telematics today is becoming less of a necessity as the evidence and information from existing users is often enough to convince a new customer that telematics will work for them,” says Mike Hemming, of Masternaut.

“However, if potential customers are expecting resistance or still have concerns, a pilot phase to a complete rollout is often an excellent way to gather momentum.

“The initial pilot will often focus on the driver behaviour and fuel savings aspect of telematics, as these areas give the quickest win to any business.

“If you can prove that the system is self-sustaining on fuel savings alone, then customers often find that resistance to the system diminishes.

“This then allows a customer to focus on the larger opportunities of improving safety, optimising the fleet and proving they are a sustainable business.”

I'm considering telematics, but I don't have the resource to analyse the data. Is it still worth considering? 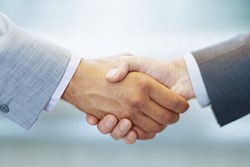 Commercial motor insurance provider, Zego, has partnered with flexible leasing company, Sogo, to insure its fleet of cars and vans. 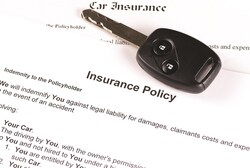 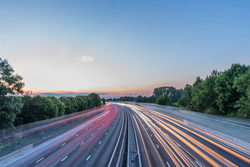