I'm considering telematics, but I don't have the resource to analyse the data. Is it still worth considering?

At a Fleet News roundtable a few years ago, one of the participating fleet managers described the use of telematics in their organisation as “like an octopus”.

He went on to say the data the technology produced was like the creature’s tentacles, spreading throughout the business, influencing how it operated as a whole.

It was a striking simile which applies to how telematics has worked for Kent and Essex Police. Its use of telematics led it to becoming a finalist in the most recent World Class Policing Awards.

Its citation reflected the transformational effect the technology has had on the forces’ operations.

It read: “Exploring new technology, the forces have jointly implemented a telematics fleet system based on a leading commercial monitoring/tracking solution to ensure vehicles are utilised to the best operational capacity.

“The result has been less bureaucracy for officers, reduced wastage, enhanced repair and maintenance scheduling, greater efficiency of vehicle use and improved vehicle availability.”

“One of our struggles had been trying to get chief officers and the police forces to understand the value of knowing where all your vehicles are and how they are being used, and that was a hard sell because policing is a very traditional function,” says John Gorton, head of transport for Kent and Essex Police.

“We funded our telematics on the basis that all of the benefit from this will come from efficiencies and savings from the fleet.

“We knew damn well they were going to realise that telematics has got real operational benefits and our experiences have actually proven what we already knew.

“Operationally, they are now saying ‘this is brilliant, this is a really useful bit of kit. Can it do this, can it do that?’.”

Gorton says the outcome has been made more rewarding as instead of opting for L&A Consulting’s iR3 fully-integrated control room, it took the fleet management part of that system and adapted it to its needs, saving a significant amount of money

“Fleet efficiency is obviously very important,” says Gorton. “Are we getting maximum utilisation and availability from our vehicles?”

The Kent and Essex Police transport services team, which was named most improved fleet of the year in the 2016 Fleet News Awards, received Home Office funding through an Innovation Grant and installed its first 500 telematics units in 2015.

From January 2018, this rose to 1,400 vehicles. Certain vehicles, such as covert vehicles, are not fitted with telematics for operational reasons.

Before setting off on a journey, drivers scan a fleet card on a card reader in their vehicle, so journeys are allocated to the correct officer. This, itself, has resulted in efficiencies.

Tony Petts, fleet manager at Kent and Essex Police, says: “Drivers used to have to fill out a logbook and you may think this may take only 10 or 15 seconds, but when you are doing more than a million journeys a year, that’s a pretty significant time saving.”

The dashboard has six panels including utilisation, accidents and damage, driver behaviour and the use of grey fleet, says Gorton, with the user able to drill down into the data if they need to.

“It gives an indication of how well we manage our resources,” he adds. “That’s important for our divisional commanders and senior leadership teams because they are, traditionally, entirely focused on front-line operational policing.

“We need them to concentrate on keeping people safe. Our job is just to make sure they are aware of the resources in a very simple way.”

Petts said: "...While the system was introduced for its fleet management benefits, the technology has proved to be an invaluable asset in many operational parts of the forces.”

How do I get buy-in to introduce telematics from drivers, unions and managers? 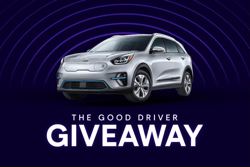 Zego has revealed that Uber driver Mohammad Umran from Stockport, has won a new electric car in the company’s Good Driver Giveaway competition. 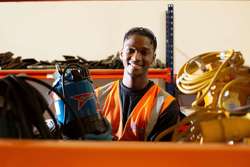 Speedy is investing in more than 100 early careers trainees across the UK and MiX Telematics partners with Humn, the commercial motor insurance company. 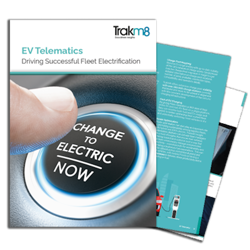 Trakm8 has published a report – ‘EV Telematics – Driving Successful Fleet Electrification’ – examining how businesses can electrify some or all of their fleet.