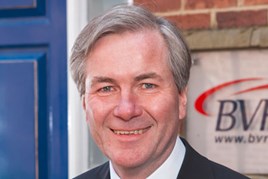 A 40% rise in leasing broker sector companies joining the BVRLA has helped increase the number of vehicles operated by its members to more than 4.7 million.

At its annual industry conference at the National Conference Centre in the West Midlands yesterday, the BVRLA reported a 16% overall rise in membership.

During the event, chief executive Gerry Keaney delivered an outlook to 2017 as well as recapping on the association’s activities in 2016.

Keaney said: “The association has now welcomed its 900th member, and we are fast approaching a combined fleet size of five million vehicles, which has never happened before.

"In the past three years, both membership and fleet size have grown by more than 30%, which corresponds with the growing strength of the industry which is now more influential than ever."

The majority of new members have come from the leasing broker sector, which grew by 40% to 308.

The overall growth in membership has had a corresponding impact on the number of vehicles that members are responsible for.

The number of vehicles on members’ fleets has now passed 4.7million, and more than 3.8 million of these are cars.

According to the results of the BVRLA’s latest quarterly leasing survey, the number of cars and vans within the business leasing sector (contract hire and finance lease) has grown by 5.2% year-on-year, with the car fleet increasing by 2.2% and the corresponding van figure up 13%.

However, the overall size of the BVRLA car leasing fleet has increased by 10% year-on-year. Personal contract hire accounts for nearly 60% of this growth, which was a key discussion topic at the industry conference.

There were also sessions throughout the day on Brexit, business car taxation, the economy, emissions, future mobility models, the grey fleet and residual values.

More than 150 executives from the fleet industry attended the conference, which was sponsored by Jaguar Land Rover, Cap HPI and Black Horse.

Delegates were presented with a copy of the BVRLA’s Annual Review, which includes the association’s achievements in 2016 and more detail on its plans for the year ahead, which sees the BVRLA celebrate its golden anniversary.