Triple award-winner  BMW remains bullish even though it expects 2018 to be a difficult year due to internal and external factors. Stephen Briers reports.

BMW is going through considerable structural and personnel change within its fleet department. It is currently interviewing for a new fleet director – its fourth in the past five years – following the departure of Steve Oliver, while its corporate dealer operations manager Danny Marinovic is transferring to Rolls-Royce.

Meanwhile, national corporate sales manager Brian Cox has been in the role for a matter of weeks, having been promoted from regional sales manager in May.

Cox says the carmaker is constantly looking for the best way to run its fleet operations, for the benefit of fleets, leasing companies and company car drivers, which partly explains the current state of flux.

Not that this is affecting registration figures in fleet, which remain ahead of the market, particularly when measured against rival premium marques.

Despite the strong performance, which saw it leapfrog Mercedes-Benz to become the biggest premium seller in fleet, BMW is forecasting a difficult final six months due to all the uncertainty over the WLTP testing regime, future BIK levels and the implications of air quality rules.

WLTP has already taken its first casualty; the plug-in hybrid 330e saloon will cease production at the end of July. “There will be a period where we will won’t have it due to WLTP,” confirmed Cox, although the the larger 530e is unaffected. 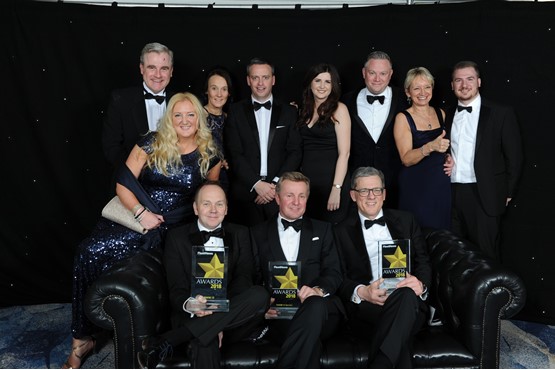 Fleet News: What are your priorities over the next couple of years?

Brian Cox: Our priorities this year are to grow our segment share of the premium sector.

Over the next 24 months, we have a plethora of new models, including new 3 Series and X5. We also have more plug-in hybrids and, by 2025, we will have 25 electrified vehicles, 12 of which will be pure EV.

We have the product portfolio to substantiate that sector growth and we have seen a real increase in the number of conversations we are having with fleets on electric.

FN: What impact is WLTP having on the market, and on BMW?

BC: We have seen some fleets hold off awaiting manufacturers to come forward with their figures, which is a frustration because we have ours.

We have communicated all of our WLTP figures and we know some of our vehicles have higher CO2, but we also have the 520d xDrive M Sport which actually fell. We believe there will be a short-term impact in terms of taxation and we have uncertainty through a lack of tax figures.

There is a lot of talk about two-year replacement cycles as a temporary reaction to the lack of information on future BIK levels.

We are also seeing fleets change their company car policies, moving from 110-120g/km policies to 140g/km-plus because of WLTP. The cars on choice lists are no more polluting (in real terms), it’s just the different figures under the new test regime.

We expect things to settle down after September/October; a number of fleets have said they have put their orders on hold until then, when all the manufacturers will have their figures.

FN: Are fleets more aware of NOx emissions and is this driving different behaviour?

BC: We are not having many conversations on NOx with fleets, but we are very mindful of it. We have seen a significant shift in terms of petrol demand which, to a degree, is across the range, but especially 1 Series and 3 Series. We see that trend continuing for the foreseeable future.

It will normalise after another 12 months as WLTP and the tax situation becomes clearer.

FN: What is BMW’s view on mobility and how it will affect future travel?

BC: Our strategy is aligned to ‘aces’: autonomy, connectivity, electric and share services. Autonomy will definitely be coming. We have greater capability in terms of level four and we will continue to develop that. But we will only release it when it is 100% safe and secure.

Connectivity is about integrating the vehicle to your lifestyle, making it easy to react to the outside world and using all the data to make the driving experience as pleasurable as possible, for example, the ease with which you can link mobile phone data.

FN: BMW has already invested heavily in shared services; what can we expect to see in the UK?

BC: This has been one of our key projects in Munich with DriveNow, which is also now in London. DriveNow enables people to make use of any number of BMW, Mini and ‘I’ vehicles and pay for the benefit of them.

It is a pay-on-use model which includes parking, fuel and insurance, with the cars located in north-east London boroughs. They are parked in specific zones and when you reach your destination, it has to go back into one of the zones (they include the boroughs of Islington, Hackney, Haringey and Waltham Forest, plus London City Airport and Stratford International car park – you can park in virtually any public on-street parking bay in these areas).

Bookings are made via the app – you log in to reserve a car and it holds the booking for a quarter of an hour. You can drive by the minute or book hourly or daily packages. It’s ideal from a business point of view if you fly into the city or if you don’t own a car. We see it coming to other cities in the UK.

BMW remains reliant on its retail network to deliver expected levels of service to fleets and their drivers. It backs this with regular interaction with leasing companies and additional support for its key accounts.

The carmaker, which has been Fleet News fleet manufacturer of the year five times in the past eight years, believes this combination will help it to continue growing in the true fleet sector, buoyed by new products such as the 3 Series and X5, a focus on connectivity and shared services, and future electric vehicle launches.

BMW ‘very much open for business’ despite WLTP pushing up emissions: Fleet 200 speaker

BMW is “very much open for business” despite the challenges caused by new emissions testing.

The BMW Group has published revised fuel economy and emissions data for its entire model range, under the new WLTP test procedure.