Gil Ayalon (pictured) has a clear message for legislators, insurers and fleets alike: “You shouldn’t be allowed to buy or operate vehicles in the UK that are not safe. Safety shouldn’t be optional.”

The territory director EMEA at Mobileye, the driver assistance and autonomous systems technology company, believes the Government should regulate and incentivise manufacturers, fleets and drivers to encourage the uptake of safety systems. 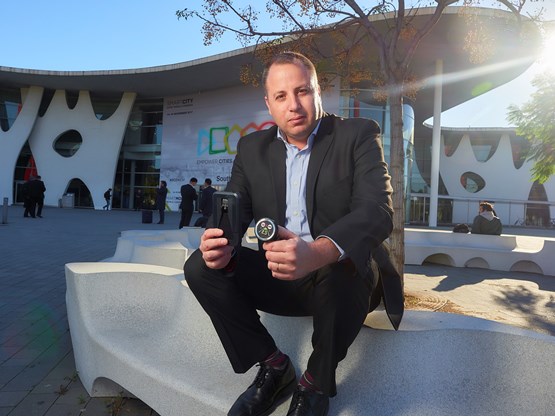 “The regulator must step in to provide a cure for this epidemic disease,” Ayalon says. “There should be incentives for safety like the BIK (benefit-in-kind) incentives for CO2.”

He points to the situation in Israel, Mobileye’s home market, where the Government legislated for safety four years ago. Today, many advanced driver assistance systems (ADAS) are free.

The Israeli Government’s solution was simple: create a safety grade where incentives are offered to manufacturers on a scale of zero to eight dependent on how many preventive systems they have in the car.

“It started in 2013 and it’s led to high infiltration so in 2018 (in Israel) you won’t be able to buy a new car without forward collision warning as a minimum. If you are selling a safer car you’re getting some incentives.”

He adds: “They understand that by reducing accidents we are increasing the gross domestic product through cheaper and more productive generated working. 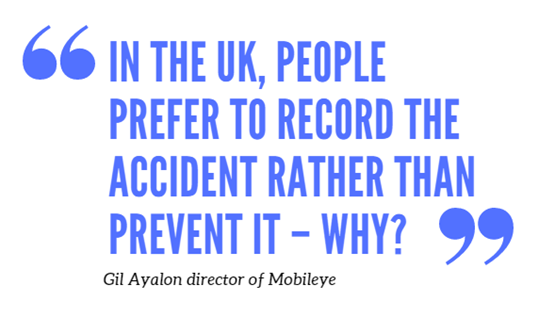 However, fleets should not wait for the legislators; Ayalon believes they should be prioritising safety equipment as standard in their company vehicle fleets.

Although Ayalon won't reveal the per-vehicle cost of retrofit technology (it varies depending on the size and precise requirements of the fleet), he does say it can be installed for less than the price of a smartphone.

“People would rather buy a new iPhone or 4D television than ADAS yet the Mobileye 6 Series only costs €150 (£134) to install,” he says.

“In the UK, people prefer to record the accident rather than prevent it – why?” 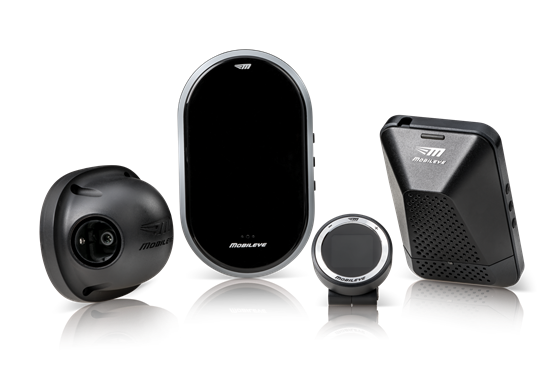 Over-confidence is a likely explanation: people believe they are good drivers and subscribe to the ‘it’ll never happen to me’ theory.

It’s one reason why Mobileye focuses on the corporate fleet sector as companies tend to have a better appreciation of health and safety.

They understand that safe drivers contribute directly to the bottom line of the business by reducing cost and improving their image.

Mobileye was conceived in a small basement on the outskirts of Jerusalem in 1999 with a clear objective: to find a cure for road accidents.

It targeted manufacturers to pilot its camera and sensor-based technology before using that knowledge to develop aftermarket devices.

It was a long process; Mobileye didn’t sell its first system until 2006.

“This is after investing a lot of money in the company without getting one cent in,” Ayalon says.

“It demonstrates how confident and committed we were, and how brave also.”

The company now works with around 25 manufacturers and has fitted its systems to more than 21 million vehicles worldwide.

Its two main ADAS products are the 6 Series forward-facing vision sensor for cars and vans, which alerts operators to potential collisions, and the Shield+ collision avoidance system for trucks and buses which has multiple vision sensors for visual and audible alerts of cyclists, pedestrians and motor-cycles.

The cameras and sensors are linked to a computer – a System on Chip (SoC) - which understands, interprets and classifies the scene of the road, identifying that vehicles are vehicles, lanes are lanes, cyclists are cyclists and people are people.

“If a driver gets two seconds of warning, they can avoid most accidents,” Ayalon says. “And accidents cost the company, society and the Government. 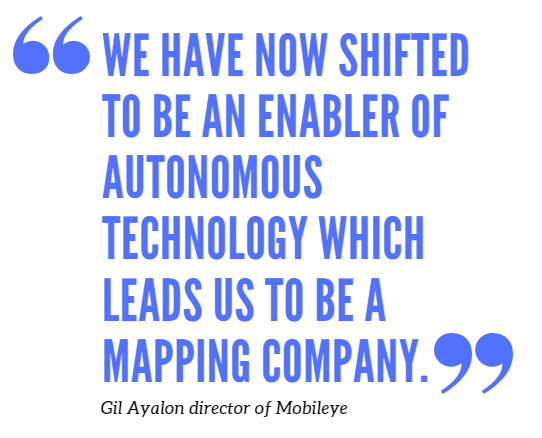 We are changing driver behaviour and culture by teaching them to drive less aggressively – drive by the law and it will also reduce fuel consumption and improve tyre and brake life.”

Encouraging the fitment of ADAS systems should not only be targeted at manufacturers and fleets purchasing a new car; retrofit is also an important consideration.

Here, Ayalon believes insurance companies have a key role to play in publicly promoting premium discounts and other incentives.

“They do this in Israel already; they pay around £320 to the vehicle based on a discount on the annual registration fee for fitting safety equipment. This is in addition to an insurance discount,” he says.

“Insurance companies have to demand that cars are safer.

“But they also have to understand ADAS better and how it can be integrated into their products; how they can make revenue from it in order to be ready for the autonomous car that is coming and the new business models.” 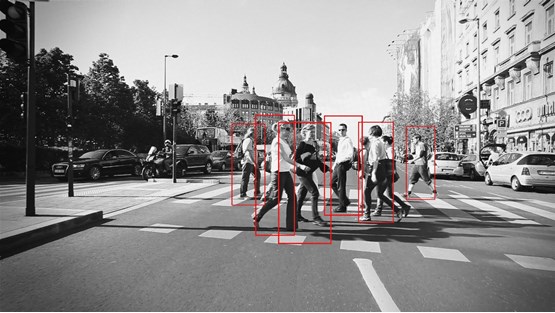 Mobileye is now moving deeper into autonomous technology with its manufacturer partners. Its investment plans were given a considerable boost earlier this year after the American multinational giant Intel acquired the company.

It was the biggest IPO for an Israeli company and saw Intel’s own autonomous division integrate within Mobileye’s base of 650 employees. Within three years, the business expects to be employing more than 3,000.

“It will speed up the development of our product, giving us more R&D and logistics resources,” says Ayalon. “Intel and Mobileye joined forces to be the eyes and the brains for the autonomous car.”

He adds: “We have now shifted to be an enabler of autonomous technology which leads us to be a mapping company.”

This shift is happening in parallel with further investment in its core ADAS products, improving the algorithms and adding features such as pedestrian protection and night and animal detection.

Traffic light detection will be launched within the next 12 months.

“We can capture information on objects that are relevant – landmarks, traffic signs, lanes – to an accuracy of 10cm,” Ayalon says.

“We are starting to do this using the ADAS cameras that are already fitted and fleets can be part of this process. How? They will have to contact us to find out.” 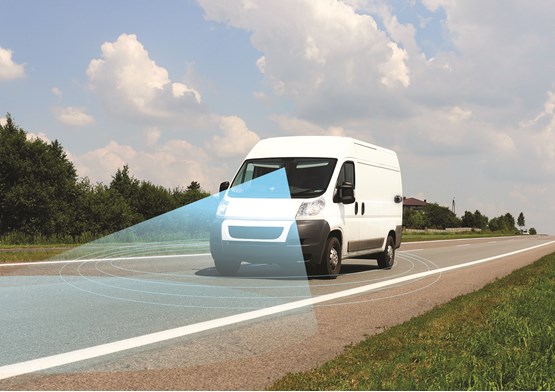 Autonomous cars – the future, not now

As a developer of autonomous systems working in close partnership with motor manufacturers, you might expect Gil Ayalon to be bullish about the introduction of a fully autonomous car. Not so.

“Although you can hear announcements about autonomous cars, and we will have one in 2021, they will be in insignificant numbers,” he says.

“It will be a long time before they are rolled out – more time than people think. It will be more than a decade.”

Delays will not be caused by the actual technology; it’s everything else surrounding it such as infrastructure and legislation.

However, as more autonomous systems are added to cars, fleets need to ensure their drivers have access to and understand the safety options.

Ayalon counsels fleet decision-makers: “You need to make sure your workers have the safest car to get back home to their families. It’s not as expensive as everyone thinks and it exists now – so why wait?”

Mobileye is growing its UK operation after undertaking trials of automated driver alerting technology with a number of UK fleets.