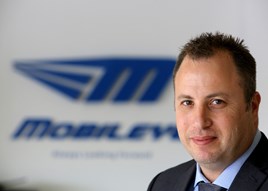 Mobileye develops the software behind the majority of the world’s OEM manufacturer ADAS systems and Shield+ is based on the same technology that is being used by them, but it can be fitted to any vehicle to prevent and mitigate accidents.

The company, which is headline sponsor at this year’s Fleet Management Live, believes ADAS is a far more effective way to improve safety than popular dash cams.

“People are recording accidents instead of preventing them, my question is why? What we are seeing in fleet is direct vision, telematics, cameras, it’s all about dealing with an accident after it happens or having to get the driver to look away from the road,” said Gil Ayalon, Mobileye’s European director.

During the pilot by the Washington State Transit Insurance Pool, 35 buses were fitted with Mobileye Sheild+ and encountered no collisions during a three-months and more than 350,000 miles.

Mobileye is already global leader in the development of computer vision and machine learning, data analysis, localisation and mapping for ADAS and autonomous driving.

In August it was acquired by Intel. The acquisition is expected to accelerate innovation for the automotive industry and combined the companies plan to lead the market for highly and fully autonomous vehicles.

“The autonomous car will come, but it’s not going to come as fast as people think, Ayalon said.

“We don’t have to wait for autonomous cars. For fleets autonomy will take years. It will start with cars but the lorries and vans will come much later. Why wait,” he added.

He explained that even if all new vehicles came with ADAS as standard now, it would take between 11 and 15 years before the majority of vehicles on the road featured it.

Shield+ uses a windscreen mounted camera to scan the road and a pair of side mounted cameras to provide blind-spot monitoring. Its image recognition software is able to identify and categorise risks and is calibrated so the driver only receives warnings when absolutely necessary.

“It’s not the camera that is important. Mobileye is not a camera, it’s a system on chip which uses a camera as a sensor,” said Ayalon.

The system can be installed on cars, vans and trucks and integrates with most telematics systems for data reporting.

To learn more about Mobileye, visit stand P70 and BL4 at Fleet Management Live between October 3 and 4 at the Birmingham NEC.

Mobileye will be headline sponsor for Fleet Management Live 2017

Mobileye will be headline sponsor for Fleet Management Live 2017