Edam Group: ‘We want to improve the credit hire experience for the customer’

Edam Group has ambitious plans to double in size over the next three years and its dedicated fleet team is just the start. Andrew Ryan reports 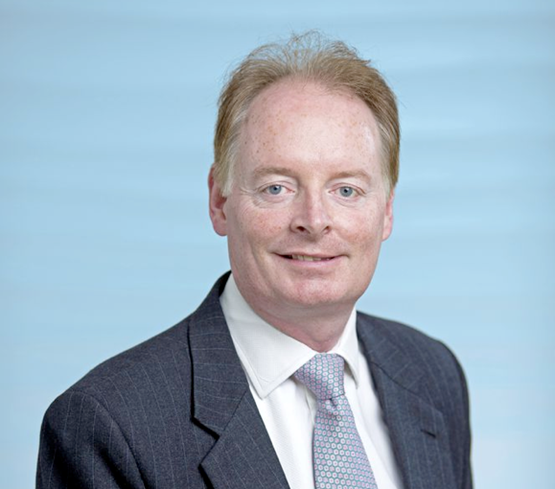 The word ‘focus’ crops up often when Marc Lafferty talks about Edam Group’s ambitious plans, particularly when referring to its recent move into fleet.

Maintaining focus on the credit hire company’s core services, focus on its strengths and focus on further improvement.

“Focus is a word I use a lot in our organisation,” says Lafferty, Edam chief revenue officer. “There are a lot of people in our world who are trying to be all things to all men. They will see an opportunity and invent a new division or a new capability and try to do it. My experience is that to be successful, you pick something and do it really well.

“We are adamant that we are a credit hire business: we will focus on that and aim to be the best provider in the marketplace for that service. That’s where we want to be.”

Most fleets use credit hire, although they may not be aware of it with many services white-labelled via a leasing or accident management company. The supplier can often secure some revenue through the relationship as well as offer a better service to the fleet.

The key benefit compared to taking a replacement car from a bodyshop is the like-for-like model replacement. Rather than a supermini courtesy car, drivers get the same – or similar – size and type of model, giving them a better experience.

“If you are big enough and have the capacity to manage a number of different types of relationships, then you are likely to access credit hire,” Lafferty says.

Edam Group was founded in 2001 by brothers Simon and Daniel Bellamy with three staff and five vehicles.

Today it is a £55 million a year business, has around 300 employees and four depots around the country, and operates a fleet of 1,500 vehicles, all less than a year old.

“We are very ambitious in terms of where we want to take the company,” says Lafferty.

“We want to double its size over the next three years. For some businesses that may sound overly-ambitious, particularly if they’ve got a significant market share, but ours is less than 5% and we think it’s doable.

“I think there is some underlying growth in the credit hire market, while access to credit hire will increase as well. Enough to make quite a difference to the industry.

“At the moment probably only half of the people who can access credit hire services do so, and I think that will grow, not dramatically, but it will increase.”

One major development in the company’s recent history was the appointment of Steve Turner as CEO in 2015, which led to Edam Group taking on Lafferty, around seven months ago, and Ken McPherson as chief financial officer.

“That was a bit of a statement of intent in getting new people into the business,” says Lafferty.

The company decided to make a concerted effort to move into the fleet sector which, Lafferty says, Edam Group has been looking at for “six to 12 months”.

“We looked internally and had a long, hard conversation about what we do, what we do well, and what we don’t do.

“Traditionally we’ve focused on the more relationship-type markets, but we’ve got the opportunity to move now into some markets that we’ve sort of neglected, not through design but just because that’s the way it’s worked out,” he adds.

“The existing shareholders haven’t felt that they’ve had to compete in those spaces, and that’s why, when you look at Edam Group, you can think ‘where have they been for the past five years?’.

“In that time we’ve been growing our business nicely without going into new sectors, so we haven’t expanded in that way, but that’s about to change and has started to change.”

Edam Group wants to win more business in the fleet sector, as well as the insurance and broker sectors.

Lafferty says the company is having “active conversations” with three of the UK’s 10 largest leasing providers and early feedback has been encouraging.

“We do have some business , so it’s not completely new for us, but we are just on the point of developing relationships,” he adds.

The main product offering will continue to be credit hire, maintaining that focus on the core business. However, Edam Group does also have a personal injury practice which can offer support to customers if required.

“We also do some FNOL , but we are not a claims management company and we don’t want to be. But we can handle calls and direct them onto providers,” Lafferty says.

He is no stranger to the fleet sector. Before joining Edam Group, Lafferty worked as group head of sales for Belron, which owns Autoglass in the UK.

“I owned the relationships with our international fleet lease customers at the time, the likes of LeasePlan and Alphabet, and then I also spent some time with Auto Windscreens in the UK, so I know the fleet sector reasonably well,” he says.

Lafferty believes the credit hire sector is undergoing “an evolution” from being a commercially-driven, price-led service – “let’s get the best deal, it ticks a couple of boxes so we’re fine”  – to one where leasing companies recognise that the driver experience is a key element in their ability to sell the service to fleets.

“People are at different points on that curve and we have slightly different conversations, but all are increasingly recognising they need to deliver a great experience to their drivers, particularly when something goes wrong,” he says.

Lafferty expresses surprise that the credit hire sector does not measure customer satisfaction via Net Promoter Scores (NPS) and suggests it shows a lack of focus on the customer journey.

“There’s a real opportunity to drive that service and set the expectations around the driver experience, so we are now using NPS .

“I think there is this vacuum in the credit hire industry in terms of a real service-led proposition. I don’t believe anyone has grabbed the high ground in terms of delivering an outstanding service; our ambition is to try to grab that space.”

Lafferty hopes to secure at least two major contracts with top 15 leasing businesses, but adds: “I’m being a bit cautious with that as I think we could do better.”

In preparation for expansion, Edam Group has invested heavily in its structure, including setting up a dedicated team of 10 to focus on the fleet sector.

“We’ve tried to understand that if we want to scale our business, what are the challenges in terms of managing that growth,” says Lafferty.

“The biggest challenges are around staff: getting high quality people in, training them, getting them familiar with us and for them to actually deliver the service.

“When we talk to a big fleet company it is typically talking about a significant amount of work for us.

“It could be 10% of our existing business, so we can’t engage with them and then say ‘if we win, we will recruit a load of people and see you in six months’ time’.

“With our fleet, there are some challenges about getting additional vehicles in, but we don’t see that as a constraint, we can do that quicker than getting people in.

“We’ve got direct relationships with manufacturers and have flexibility within those purchasing agreements so we can access vehicles quickly if we need to.

“There is a leap of faith where we have to invest in our capability, but we need to know we have got the capacity within our business to match future requirements.”