Kia: 'We are a credible choice against mainstream brands' 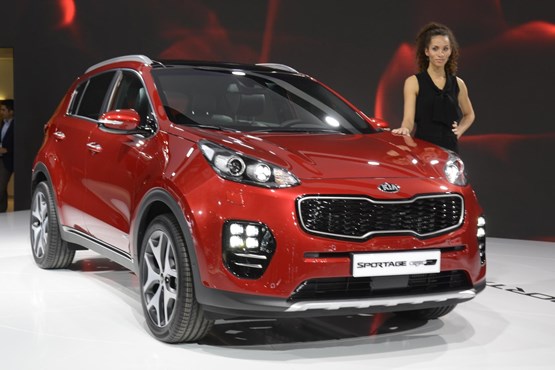 Kia has been one of the biggest manufacturer success stories in the fleet sector over the past five years.

“We’ve not gone out there and bought business,” says Paul Philpott, president and CEO of Kia UK. “We’ve been competitive, we’ve been in the channels that we wanted to focus on, principally dealer fleet leasing. We are in rental, we are in Motability, we have a courtesy car programme, we do demonstrators, but we are not out there doing big, high-discount business.

“We have grown off the back of a really strong cost of ownership proposition.”

Philpott’s growth ambitions do not end here: he wants to grow annual retail and fleet sales from the current 80,000 to 100,000 by the end of the decade.

Fleet will have a big role to play. Kia’s fleet-to-retail sales mix is almost 50:50 for the first time, having historically been more biased towards retail.

“The industry average is just in favour of fleet, so we are not quite at that, probably because we do less rental and certainly less high-discount business than many other manufacturers,” says Philpott. “As an ongoing plan, 50:50 is pretty much where we want to be.”

Philpott’s claims are slightly undermined by SMMT figures which put Kia seventh in terms of rental registrations. With 2015 Q4 figures yet to be published, Kia was tracking up 35% in rental year-on-year (mostly in the first half), accounting for 25% of its fleet business.

However, the company is also up in corporate and leasing, two categories which will be vital to its aspirations of selling 50,000 cars into the fleet sector in 2020.

“New product launches drive a lot of our growth,” says Philpott. “We are at the start of the next phase of new products and the next three years are incredibly exciting for us.”

This year, the brand will launch a number of new models: Sportage, Optima saloon, estate and plug-in hybrid, and an all-new hybrid model called Niro.

Optima saloon was the first to arrive when it went on sale earlier this week (January 5), and this will be followed by the Sportage SUV on February 5.

John Hargreaves, head of fleet and remarketing, puts these new releases into context. “The current Sportage has been selling more on run-out than at any time since its launch, which is an amazing statistic,” he says.

One way Kia is looking to ensure the level of orders continues uninterrupted is by having as much information about the new car out as early as possible, so quotes can be provided early on contract hire systems.

“Sometimes in the past we have been in the situation where we have launched a new model and, because we have been fairly keen to protect the information until the end of the old one, we’ve ended up with a few weeks of void in terms of how quotable the new model has been,” says Hargreaves.

“We are determined to make sure fleets can get an accurate contract hire quote on the new model as soon as it’s out, rather than need to wait a week or two.”

Kia is also expecting the new Optima to build on its predecessor’s success, with the addition of an estate version later in the year crucial to sales growth.

“We’ve had huge success with the Ceed wagon, but we haven’t had a wagon in the D-segment before: we will now with the new Optima,” says Philpott.

“Also, the previous Optima was available with only one powertrain . The new model will have three , and suddenly that gets you to cover more of the segment.”

Kia, similar to brands such as Škoda and parent company Hyundai, has come a long way in terms of product and image over the past 20 years, and the manufacturer says this is reflected in fleets’ attitudes towards the brand.

“We are a credible choice now,” says Hargreaves. “We are finding that when we get access to a new fleet customer, whether it’s a completely free choice or somewhat free choice, our uptake is normally very strong. We are probably getting about 5% order take which is higher than our natural share. That shows a company car driver sees us as a perfectly decent, credible brand to choose, probably not against a BMW, but certainly against perhaps a Ford.”

It’s all about being at the heart of matters, according to Philpott. “I don’t think we have any ambition to become the Korean BMW; what we have an ambition for is to be in among the mainstream, able to compete with anyone,” he says.

However, he points to the success of the latest generation Sorento, launched last year, as an example of how the brand can attract premium car buyers.

“If you had a group of dealers sitting around this table, they would be saying to you ‘in the last month I’ve taken Vauxhalls and Peugeots against a Sorento, but I’ve also taken brands like BMW, Audi and Land Rover’,” says Philpott.

“The Sorento 3 and 4 trim levels are £36,000 and £40,000 respectively, so compared to traditional Kias they are pretty expensive. We’d planned 30% mix for these equipment grades, but in the first six months they took 55% of registrations: that’s symptomatic of people wanting to spend money on Kias for the right quality, the right spec and features.”

A number of manufacturers – such as Vauxhall with Tech Line and Skoda with SE Business – have launched company car driver specific trim levels, which offer targeted equipment levels at competitive P11D prices, and this is an option which has been on Kia’s drawing board for some time.

“We are always considering doing that, but we would have to be very careful,” says Hargreaves.

“It seems like a fantastic idea as if you reduce the list price of the car and reduce the margin, you reduce the tax liability.However, if you start doing that and you don’t position it very carefully with the pricing guides, you can have a residual value impact which can be quite negative.

“If you get too many models, it can make it difficult for the used market to distinguish that this was the business model, what the margin on it was, what the transaction price was, etc.

“It can be quite a cloudy thing to do.”

Increase in specialist dealers for fleets

Kia is aiming to increase its number of fleet specialist dealers in its 185-strong network to 30 this year.

The initiative forms an important part of the manufacturer’s ambitions to grow its fleet business, with SMEs a key target.

“When we look at smaller businesses, we try to focus on developing relationships with them so we can treat them as individual customers,” says John Hargreaves.

“We currently have 23 specialist fleet dealers and are working with more to reach 30 this year.

“These are dealers with dedicated employees who have a focus on working with small fleets and offer a service which is particular focused on their needs. We are also looking at service capacities so we have the right amount”

Kia has also launched a fleet charter for dealers to ensure consistency of service.

“Almost all of our dealers have signed up to this,” says Hargreaves.

“Our dealers have embraced it and our fleet customers love it because it guarantees a standard level of price and service no matter what dealer they choose to go in.”