Ogilvie Fleet: 'Offering payment holidays was right thing to do' 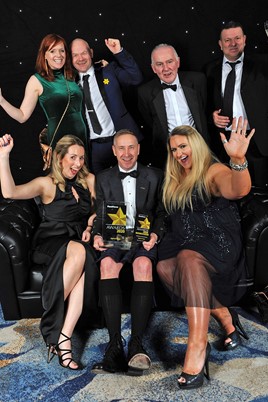 Ogilvie Fleet feared the worst when Covid-19 struck in March 2020 and the country was put into lockdown. Customers were struggling to make monthly payments, vehicles could not be delivered and its ability to remarket used vehicles was curtailed.

Ogilvie Fleet managing director Gordon Stephen explains: “At the end of March, when the first lockdown was introduced, I was very concerned. The amount of calls into our credit control department and the number of cancelled direct debits was unbelievable – you just thought the whole thing could implode and none of our customers are going to pay us.”

But, a proactive approach from the company, which was named Leasing Company of the Year Award (up to 20,000 vehicles) at the Fleet News Awards last year, helped it survive the storm and achieve record-breaking figures when the lockdown was lifted.

Fleet News: What measures did you take to try to manage the situation?

Gordon Stephen: We made a decision at the end of March, when we sent out invoices to all of our 2,100 customers, that we would turn it completely on its head and say ‘unless you tell us otherwise we will not take your April direct debit’.

We gave anybody who wanted it a three-month payment holiday. About half of our customers paid. Our funders agreed to a payment holiday as well, so it wasn’t impacting us financially.

No direct debit payments were taken from customers until July and, after that, we just agreed a payment plan with them, which worked exceptionally well. It was the right thing to do.

FN: Did all of your customers take advantage of the payment holiday?

GS: Some said they were fine, because they were still working. But a lot of our customers, like us, had to, effectively, mothball their business. We’ve got 100 employees and on April 1 we put 65 on furlough. Most of them remained on furlough through April, May and part of June, and then we started bringing people back as and when required.

FN: When did business start to pick up?

GS: In June, the auctions started to open and orders began to increase, but it wasn’t back to where it was (before the pandemic). Then July, August, September and October have been unbelievable.

Our target is around 475 orders a month and we’ve been averaging nearly 600 since July. We have been quite lucky in that we’ve signed a couple of big customers which came with a lot of orders to place, but, across our customer bank, the vast majority are ordering again.

FN: What about contract extensions, have they increased?

GS: We have a lot more vehicles on extension than we would normally have, mainly due to a lot of factories shutting down in the summer, meaning vehicles have quite long lead times, with some of them well into the year. But that works fine for us, especially with the used car market being unbelievably strong and vans just off the scale.

In terms of June, July, August, September, October – we haven’t done November yet – they are at the top of the best month’s profit we’ve ever had. That’s mainly driven by the used values. We’ve had vehicles that have been extended that haven’t suffered any depreciation.

FN: What’s been the effect on your risk fleet and have you seen any increase in demand for light commercial vehicles (LCVs)?

Our fleet (cars and vans) is increasing and is up probably by about 1,000 over the past 12 months, giving us a risk fleet today of around 17,500 vehicles.

We lost probably three months, but, since then, we’ve done exceptionally well and made up for lost ground.

FN: Do you expect to see the bounce back continue in 2021?

GS: Furlough is still ongoing and there has to be some concern that when they finally unwind furlough there will be some defaults (on payments). But we’ve got customers ordering vehicles and in terms of the type of vehicles, they’re definitely moving down the ULEV (ultra-low emission vehicle) and EV (electric vehicle) route. 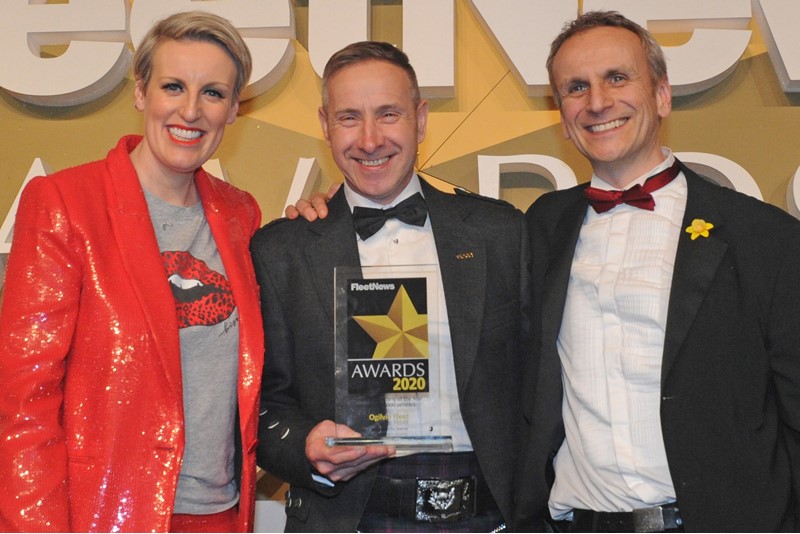 FN: How much are the new low benefit-in-kind (BIK) tax rates for EVs driving that recovery?

GS: Having that visibility on rates over the next five years means you can order an EV with confidence and it’s definitely driving behaviour.

There are also more and more EVs coming out all the time and we’ve got quite a few of our bigger customers trying to go plug-in hybrid or EV for their entire fleet, if they can.

The lower grades are a little bit tricky, because an entry level EV is reasonably expensive. I did an exercise for a big customer recently and if you look at plug-in hybrids, they were miles away from their bottom two bands, but the EVs weren’t too bad.

FN: How do you overcome that potential barrier to the adoption for employees in those lower bands?

GS: I’ve been saying to customers that, with a bit of flexibility, it is possible to overcome. If you’re driving a diesel and paying £200 per month in BIK, for example, if the EV is £100 a month more than my band, I’d rather make a £100 contribution (to the rental) and pick up no benefit-in-kind. You can move the bands up with the driver making a contribution to help bridge the gap.

FN: What has this growing interest in EVs done to the fuel split on your risk fleet?

GS: If I went back three years ago, we were 90% diesel on our cars and that has just plummeted – it’s unbelievable. Today, I think that probably stands at around 40%, with some of diesel’s decline going to petrol, but a lot to electric. However, I am hoping that, once all the diesels are RDE2-compliant, with not paying the 4% (diesel supplement), that might help them pick up again, because if you’re a diesel driver and a 20% taxpayer, it’s not a huge amount of tax.

FN: What do you make of the Government’s decision to end the sale of new diesel and petrol cars and vans from 2030?

GS: I think it was very bold, but I do worry about people who live in a flat, for example, what are they going to do, will we have enough charging points for these people? It’s not that straight-forward and a lot of hard work is going to have to take place between now and then if it’s going to work.

Ogilvie Fleet is tailoring products and services to help fleets meet the challenges they face, such as recently including EVs for the first time in its Ogilvie True Cost (OTC) matrix, which is used by hundreds of fleets to set their company car policies.

Stephen says there has also been a resurgence in salary sacrifice, driven by the low BIK on EVs. “We’ve one client going live early this year that’s going to do salary sacrifice and they’re only going to offer full EVs,” he adds.

“We’re also seeing some company cars drivers that took cash coming back into schemes, because of the (lack of) tax on electric.”

Stephen explains that employee car ownership (ECO) schemes where, effectively, the driver owns the vehicle from day one and, as it’s not a company car, they don’t pay company car tax, are also showing potential.

“We just want to make sure we can offer customers whatever they need,” he says. “We’re seeing people coming back into company cars, whether it’s salary sacrifice, ECO or traditional contract hire; I’m confident we’re in a good position and, hopefully, we’ll get back to some sense of normality soon.”

Ogilvie Fleet is very responsive to client feedback and developments in the fleet industry, such as business mobility as a service. Excellent use of a variety of apps makes the fleet manager and drivers’ lives easier. Judges praised its Investors in People gold accreditation and Best Companies to Work For and highlighted the green fleet taskforce which ensures customers are kept up to speed on EVs.