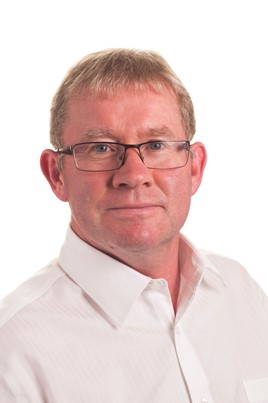 Investors in People Gold represents a commitment to employees and demonstrates a solid foundation of good practice which remains challenging and aspirational for many organisations.

The award follows a two-star accreditation for Ogilvie Fleet in the 2019 ‘Best Companies to Work For’ annual national survey that measures and acknowledges excellence in workplace engagement.

Ogilvie Fleet, which has almost 17,000 leased cars and vans on its books and a further almost 3,000 on fleet management, joins the top 16% of accredited organisations across the UK that have demonstrated their commitment to great work through great people management, according to Investors in People.

Ogilvie Fleet managing director Gordon Stephen (pictured) said: “Gaining Investors in People and retaining the Gold Standard for a further three years is a fantastic achievement and places Ogilvie Fleet among the very best companies to work for in the UK across all market sectors.

“I want Ogilvie Fleet to be viewed as a very high quality company to work for and we want to be benchmarked against the very best irrespective of business segment.”

He continued: “Employees were interviewed by Investors in People 18 months ago and more staff were recently interviewed as part of the Gold Standard accreditation process.

“The audit showed that our people are motivated to work for Ogilvie Fleet; enjoy working for the company; that they consider Ogilvie Fleet to be a business that looks after its employees; and that the business is led by a strong management team.

“To have motivated staff is business-critical and it makes it easier to win new fleet accounts and retain existing customers. Clients want to be associated with successful organisations.”

Paul Devoy, CEO of Investors in People, said: “Achieving the Gold accreditation is a huge accomplishment that shows that Ogilvie Fleet is a great employer that not only values their people but understands that’s what drives their success.”

Ogilvie Fleet first achieved Investors in People accreditation in 2001. It was Silver accredited for the three years to 2016 before securing the Gold Standard.

The Investors in People Standard is the benchmark of good people management practice.

Ogilvie Fleet was named Leasing Company of the Year (up to 20,000 vehicles) at this year’s Fleet News Awards.

Ogilvie Fleet is celebrating after being named leasing company of the year (up to 20,000 vehicles) in the annual Fleet News Awards.