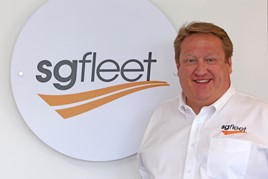 Six years ago, when Fleet News previously profiled SG Fleet, it was a relative unknown in the UK market, but had an established business in Australia with its salary sacrifice product, Novalease.

Back then, we claimed the company was “re-writing the rules for salary sacrifice”. Unlike rival schemes, Novalease uses a novated lease – a direct agreement with the employee rather than a contract hire arrangement.

SG Fleet sat at number 44 in the FN50 at the time, with a risk fleet of around 2,000 vehicles, but the then managing director David Fernandes told us he had ambitions to move into the top 25 within five years.

That was achieved in 2016 (reaching number 21), after acquiring Fleet Hire and its risk fleet of around 6,500 vehicles in August that year.

By December, it had also bought Motiva Group, adding about another 4,800 vehicles to its books.

Fernandes has moved to a global role (group head of operations) and is involved in running the business across Australia, New Zealand and the UK.

Davenport reports to CEO Robbie Blau and is also guided by non-executive chairman Sir Trevor Chinn, who joined the board last November.

Chinn, says Davenport, recognises that “the UK business is a successful one” and “he thinks he can help us become more successful”. The pair meet every two or three weeks to discuss industry developments.

Davenport acknowledges that in the current market it is “difficult to forecast too much growth”.

“We’re looking at both our markets – fleet solutions and consumer,” he says. “I think most contract hire companies have seen growth in personal contract hire (PCH).

“We are pushing our schemes to what we call ‘controlled communities’ where we’ve got employee bases within customers that we can offer PCH to. That’s working very well. I think we will see some growth, just not very much because of the UK’s political and economic situation.”

WLTP has ‘upset the marketplace’

Added to that is the fact the Worldwide harmonised Light vehicle Test Procedure (WLTP), which applied to all new car registrations from September last year, has “upset the marketplace” and is still an issue in Davenport’s view.

“We’re helping customers to rebuild their choice lists and that’s deferred some orders,” he says.

Where the company car tax option no longer works for cash allowance drivers, they are “definitely moving to PCH” and he believes this trend will continue.

SG Fleet is also targeting this group with a more conventional salary sacrifice scheme, called Car Salary Exchange, which it swept up with the acquisition of Fleet Hire.

Davenport is less concerned about WLTP for vans (which will apply to all new van registrations from next month) as it won’t impact drivers in the same way.

Vans are a key focus for growth. SG Fleet’s new premises in Sandyford near Stoke-on-Trent, which opened in June this year, is now the company’s “LCV centre of excellence”.

“It was a skillset of Motiva: we’ve always been very active in vans and that’s going to continue,” Davenport says. “We’ve got facilities on site for demonstrating the capabilities we have around fit-outs and we’ve got some internal space where we can spec vehicles with customers to understand what they might want.”

The new premises also provides space for used cars for the Motiva Direct brand which remarkets some of SG Fleet’s end of contract cars to the retail market (the majority still go through the traditional auction houses).

“Although prices have come back a little, the used car market remains pretty strong and we’re definitely forecasting growth (for Motiva Direct),” Davenport says. “We have space to store three times as many cars inside at our new premises.”

However, there will not come a point where all of SG Fleet’s vehicles are remarketed through Motiva Direct.

“We won’t have the capacity to take all of them and that’s not where we want to go,” Davenport says. “We choose certain vehicles to sell through the channel and I think that’s where we’ll stay.

“We have a couple of other retail channels we sell through, too. We’ve been providing warranties and financing to drivers to enable them to buy their company car and we’ve definitely seen an increase in driver sales.” 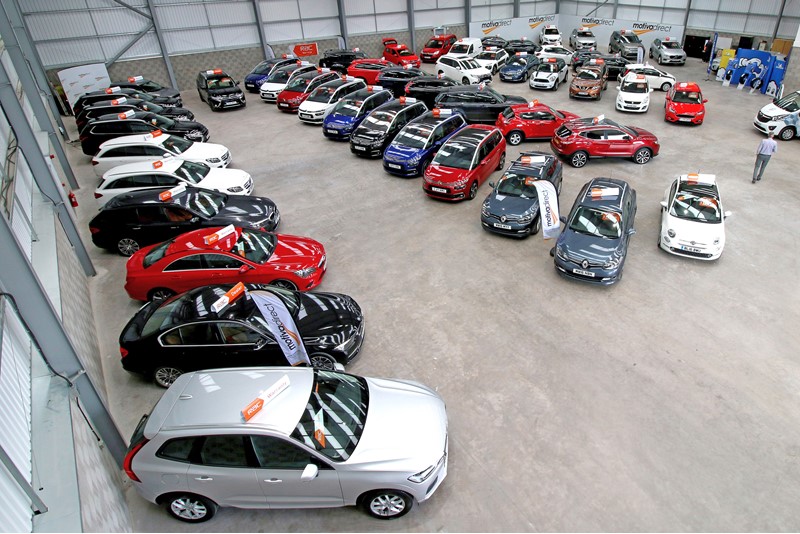 On the new car side, SG Fleet is doing more affinity sales. It has launched a PCH product called SoccerLease for season ticket holders at a number of football clubs.

Prior to becoming MD of SG Fleet and Motiva Direct last year, Davenport was executive director for fleet solutions and was responsible for integrating the corporate proposition.

It was new territory for Davenport as although Motiva had attempted a few acquisitions it had never completed one.

He chose to sell Motiva to SG Fleet because the business had reached a point where it “needed more clout, more financial backing and more investment in technology to take it to the next level”.

“We had been talking to SG for some time and we liked the people there, we felt they operated in a similar way even though we were much smaller (in the UK),” he says.

“We liked how they saw technology and they also had an innovative employee benefits proposition we didn’t have. Generally, it seemed like a good fit.”

SG Fleet also committed to retaining the business in Stoke-on-Trent (Motiva was based at Longton) – a promise it has kept with the new facility.

Its head office is now Hampton in Arden (the former Fleet Hire offices). SG Fleet’s Solihull office closed and staff were transferred across.

There were “a few” redundancies and reshaping of roles, but customers continued to have the same customer relationship director.

“We’ve got teams in Stoke and teams in Hampton in Arden who are managing the customers who originally sat in those locations so, from the customer’s point of view, nothing too much has changed,” Davenport says.

“We recognised that we needed to do something special to retain the level of customer service that Motiva and Fleet Hire had got,” Davenport says. “Both businesses had great retention on the back of customer service and with an enlarged business we didn’t want to lose that focus.”

Products have been retained from all three businesses, including Motiva’s flexible contract product and its telematics offering, Motrak, (SG Fleet has also been successful with in-cab cameras over the past few years, according to Davenport), Fleet Hire’s “total outsource solution” and SG Fleet’s Novalease.

Davenport acknowledges that with the latter, the optional remuneration arrangement (OpRA) tax changes in 2017 affected SG Fleet’s customer base and salary sacrifice became “less interesting” to the marketplace. However, he says that as SG Fleet’s salary sacrifice solution was already a regulated product “we were able to deliver a PCH proposition fairly easily out of that product”.

Davenport can see a time when the platform incorporates all of the “true mobility touchpoints”, including trains, bike hire, planes and hotels, but it is “an ongoing evolution”.

SG Fleet has launched a consultancy service this year called eStart to help businesses plan and budget for transitioning to a zero emission fleet.

It covers an assessment of the company’s goals, a vehicle-by-vehicle review, site inspections, infrastructure upgrades and installation.

“Anyone who is taking a new vehicle has got to consider either a full electric or a hybrid,” Peter Davenport says.

He suggests that as the range electric vehicles can travel improves, charging infrastructure develops and leasing companies understand the future values better and “get the cost right”, more people will switch to pure electric.

“I think the progression to electric is going to be quicker than we originally presumed,” he adds.