Vauxhall says electric is 'an opportunity, not a threat' 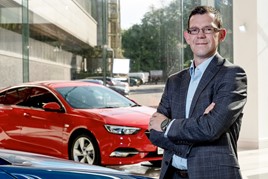 Electric vehicles (EVs) could cause massive disruption in the fleet sector, as brand loyalties are broken and new unique selling points created.

That’s the view of Vauxhall general sales director James Taylor, who believes the carmaker has the chance to steal a march on rivals as it begins to roll out electric, plug-in and hybrid options across core models.

“With electric vehicles (EVs), we have an opportunity for a step change to the brand,” says Taylor. “We will have an advantage for two to three years until others catch up in terms of our range and avail-ability of EVs.

“It will open up opportunities with new customers that have (previously) been brand loyal in fleet. It will disrupt the market.”

“We will have the same cars for internal combustion engine (ICE) and battery electric vehicle (BEV) with a choice of petrol, diesel and electric. This is a more efficient way of doing it,” said Taylor. “It’s also an easier message to communicate from a sales and marketing perspective.”

Communication will play a vital role in the successful uptake of electric cars and vans. It is also one of the reasons behind PSA’s decision to keep Vauxhall’s fleet operation separate from its Peugeot/Citroën brands.

“It is hard to have that in-depth knowledge across so many brands and, with electric coming, you need people talking to customers on the ground,” Taylor explains. He has 30 people on the road – still one of the largest teams in fleet.

“Since the early 2000s, people have been saying electric will be here. It is only happening now, but it’s the start of a very different world for the company car. It’s the biggest change in my 20 years here.”

Over the past 12 months, Taylor has seen a considerable increase in interest from fleets in electric cars. He has high hopes for the Corsa BEV, due to launch next March, thanks to its “workable” range of 200 miles and the fact its internal dimensions are identical to previous generation Astras.

“A lot of people will want to change to electric to save tax. If you have the right product, people will take that opportunity.”

Vauxhall has taken 500 orders already for the electric Corsa, which, unlike some rival models, will not be constrained by supply shortages.

“It’s vital because we have to sell these from a Cafe (Clean Air For Europe) perspective to avoid a fine that would be damaging for us financially and for our environmental image,” Taylor says.

Vauxhall needs to sell 10,000 electric and plug-in hybrid cars in the UK next year to make its contribution to the carmaker’s European CO2 emissions target based on its diesel and petrol sales projections. The balance of these will be weighted in favour of the electric Corsa.

“Even if we need more than 10,000, we will have availability,” Taylor says. “Being part of PSA has put us in a good position. Under GM, there wasn’t an EV strategy; PSA has had one for a while and sees EVs as an opportunity, not a threat.” 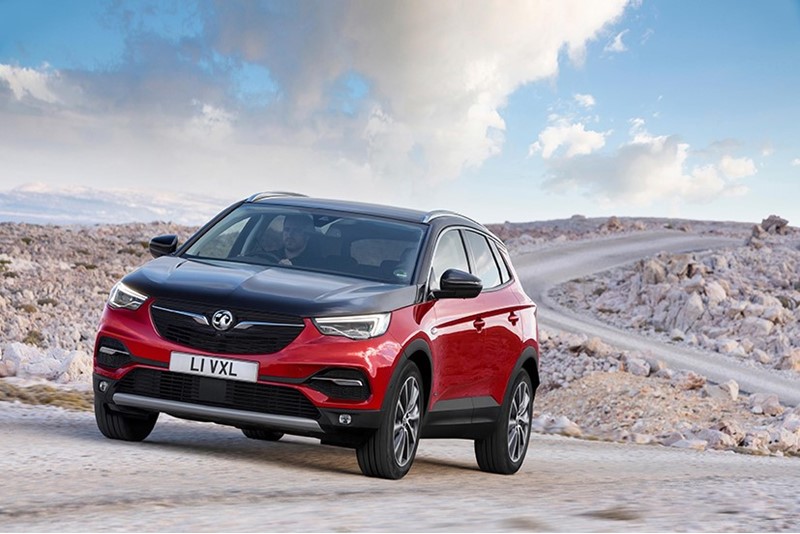 He is also confident the GrandlandX Hybrid (pictured) will appeal to fleets. Vauxhall will introduce a Business Edition derivative with the same specification as the Elite Nav, but with a £7,000 list price saving.

Taylor describes it as “a lot of car for the money”, adding: “It’s a C-segment SUV with the lowest BIK.”

Vauxhall true fleet car performance has been largely flat this year as it prepares for the launch of Corsa in 2020. However, in vans, it is ahead by 19% year-to-date, with a one percentage point rise in market share to 8.6%. And this is despite limited availability of the outgoing Vivaro.

New Combo is up more than 5,500 units year-on-year, with fleet interest piqued by its high level of safety and technology equipment, one of the key reasons it won the Centrica contract recently.

Movano is also up, by 1,000 units, in the run up to a mid-life update this month, including new engines which promise 10-15% improved real-world fuel economy and a host of new optional safety features, such as emergency brake assist, lane departure warning, rear vision camera and blind spot monitoring, plus side-wind assistance as standard.

The technology on the facelifted van is expected to appeal to bigger fleets from a duty of care perspective, giving it a sales fillip.

Alongside Combo and Vivaro, Vauxhall is confident it has “a compelling proposition” in every segment to conquest fleets.

Taylor expresses “some surprise” that 2019 has held up so strongly – he puts this down to record levels of employment, low interest rates and wages rising faster than inflation – and says Vauxhall has “a big forecast for the rest of the year”.

He adds: “Brexit hasn’t slowed things down. Our demand and order bank are strong.”

Nevertheless, Vauxhall is planning for “every eventuality”, with concerns about the implications for the economy, exchange rates and tariffs.

With question marks over the future of manufacturing in the UK, Taylor – ever the optimist – believes it could be an advantage should the UK leave without a deal. “We might have vehicles without tariffs competing with those with tariffs – that would be an opportunity,” he says.

Vauxhall was among a clutch of manufacturers that planned for the original March departure date by bringing extra volume of cars into the country. It has helped to sustain the market with some strong monthly closes, although demand was stimulated by deals rather than forcing the market.

Promoted to general sales director at the end of last year, Taylor now has a more holistic view of Vauxhall sales – fleet and retail – making him better placed to “plan our allocation, scheduling and channel mix”.

He is using this opportunity to drive further reductions in Vauxhall’s short cycle business. Since implementing the original strategy eight years ago, Vauxhall has reduced its rental registrations by more than 20,000 to around 40,000.

Taylor now plans to cut the remaining sales potentially in half next year as he plans for the future with one eye on the Cafe regulations.

He explains his rationale: “It would be wrong to sell ICE vehicles in low margin channels that we don’t know yet could be supported by BEV and PHEV. So we could be halving our volumes, but without a change in our overall UK market share.”

The strategy will affect models across the range – Corsa, especially, but also Astra, Insignia, Crossland and GrandlandX. Much of the action will be taken to coincide with the introduction of new models with their electric derivatives, taking advantage of those new sales opportunities already identified by Taylor.

“We have a real opportunity with electric vehicles, but we have to position ourselves appropriately with leading vehicles sold in the right numbers and in the right channels,” he says.