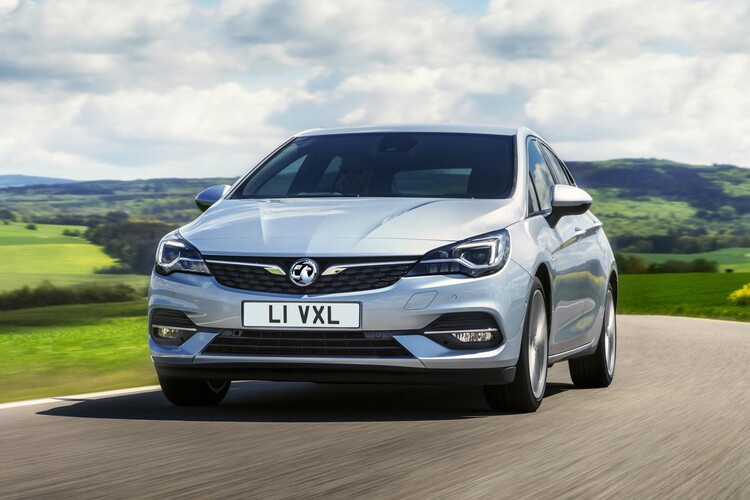 You would be forgiven for thinking Vauxhall has been a bit lazy in facelifting the Astra as, at first glance, it looks to have barely changed at all.

That’s because Vauxhall’s customers said they liked the way the Astra looked and therefore the manufacturer employed a “if it ain’t broke don’t fix it” mentality.

Looks are neither here-nor-there when it comes to the Astra’s fleet credentials, though. What does matter is the improvement in aerodynamics that leads to better fuel consumption and lower CO2 emissions.

As a vehicle that sees 80% of registrations heading to the fleet sector, Vauxhall was wise to focus its updates on running costs.

You see, the new Astra is actually markedly different from the one that went before. Surely, that’s because of the PSA Group influence?

As it happens, no. The Astra’s development started way before PSA got involved in Vauxhall. Such was the extent of General Motors’s existing work, PSA decided it would be too expensive to re-engineer the car to use its powertrains and stuck with the ones already on the drawing board.

The result is quite remarkable and sees a whole new family of engines joining the Astra range that are unlikely to ever be seen again in another Vauxhall.

These ‘bespoke’ units are what give the Astra a real fighting chance to redeem itself in the fleet sector against the blight of crossovers and SUVs.

All the powertrains are efficiency focused. There’s a 1.2-litre turbocharged petrol and a 1.5-litre diesel, which will make up the bulk of the range, plus a 1.4-litre petrol with a CVT.

All the engines are three-cylinder units – yes, even the diesel – and have significantly lower CO2 outputs than previously.

There is also a 1.4-litre petrol that has a 145PS output but only comes with a CVT. Confused? When we asked Vauxhall why it didn’t simply attach the CVT to the 1.2, bosses said it came down to a “marketing decision” and that they “didn’t think people would buy a 1.2 auto”.

Either way, it’s the sweet-spot of the range and the best CVT we’ve driven.

But, the eco-champion is the diesel. Offered in 105PS and 122PS outputs it has CO2 emissions from just 90g/km and is also RDE2-compliant, meaning it will fall into the 21% BIK band from April with no 4% supplement.

Drivers should expect average real-world fuel consumption in excess of 60mpg. During our test we got almost 70mpg.

Performance from the engine line-up is good, and, combined with tweaks to the steering and suspension, make the Astra fun to drive.

Prices for the new model are almost unchanged, starting at less than £20,000, and there’s a Business Edition trim that comes with most of the equipment drivers will need.