Emission caps and a CO2-based tax system can help promote greener cars, but there are other ways to further accelerate take-up. Andrew Ryan reports 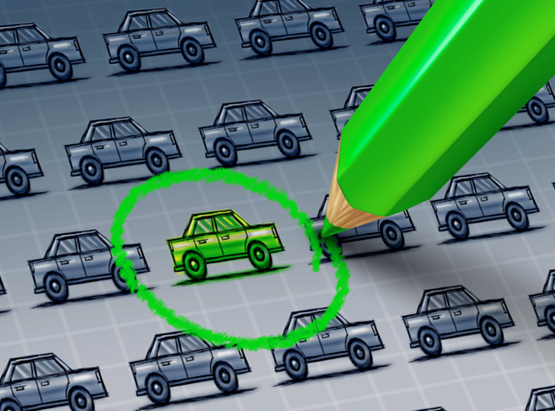 Advancing vehicle technologies and a CO2-based company car tax system are helping reduce fleet emissions, but there is still more fleet managers can do.

Imposing a CO2 cap on the vehicles coming on to fleets can have an effect, but the best methods involve presenting a positive argument to the driver and allowing them to make the choice, says Laura Pamma, head of fleet consultancy at Lex Autolease.

“Passing the extra cost of tax or fuel-inefficient vehicles on to employees, for example, should encourage them to look at new, cleaner driving options,” she adds.

“Such policy changes do run the risk of feeling like an imposition. Educating employees proactively is the best way to encourage greater adoption of hybrid, electric and other low emission technologies without them feeling coerced.

“Ultimately, employees will choose the car they see as most beneficial to them if given free rein.”

One of the best ways to make employees more receptive to electric or hybrid vehicles is to explain the relationship between tax and CO2 to employees, she says.

This is an approach used by Britvic, which has seen the uptake of hybrids and plug-in hybrids rise dramatically.

They now account for 14% of the 424 cars on its fleet, up from 5% 12 months ago. Will Smith, director of compensation and benefits at Britvic, says 36% of new orders are now either hybrids or plug-ins.

“Typically it’s people coming out of high emission cars and going into them (hybrids or plug-ins),” he says. This has helped the fleet’s average CO2 drop to 109g/km.

Key to this success is the way employees are presented with options for their next company vehicle.

“We talk to staff about the typical company car, a family alternative and then what a hybrid alternative may look like,” says Smith. “We then talk about the wholelife cost to the employee. We know that some of these hybrids are more expensive than their petrol or diesel counterparts, so we look at how much that costs us as a business and how we can relate that to an employee for their wholelife cost basis.

“For example, if we take a Mercedes-Benz C-Class, we know the 2.0-litre diesel model is significantly cheaper than the C350e plug-in hybrid, but when we look at the wholelife cost for the company, there’s probably only about £100 in it.”

He says that if the employee pays that £100 then, even allowing for the contribution they need to make to have access to that more expensive car, when benefit-in-kind (BIK) tax and private fuel cost is taken into account, they will still be saving money compared to selecting the diesel.

“They are probably £300 or £400 a year better off,” adds Smith. “The higher car will also probably be a better spec, which the employee will be happy with, while from a company perspective we are taking the kudos for the green initiative by getting them into a hybrid vehicle and we are seeing our average tax bill fall.”

“We are an FMCG (fast-moving consumer goods) company; we are all about building and promoting brands,” he adds.

“We do that internally as well. So, while we are out there seeing supermarkets and persuading them our brand is the best, we are also playing customer and saying to Mercedes-Benz, BMW, Audi, Volkswagen or whoever, ‘you tell us why we should be promoting your brands, you come up with a sensible way of how we do that and with the financial backing, and we’ll stick it on our shelves, so to speak’.

“If a driver wants something else they can ask for it and we can go and get it – we are promoting choice – but if you stick a product on the middle of the shelf at the end of an aisle, you know it’s going to shift. Our car list is, effectively, the middle shelf in the centre aisle that everyone walks past.”

Smith says this has proved to be an effective way of influencing choice. “We know that if we put a vehicle on that list as an illustrative vehicle, that’s what people are going to buy,” he adds.

“If you tell people they can either have a BMW 3 Series or an Audi A4, but equally they’ve got an open choice, they will look at a 3 Series or A4.

“If we say ‘actually, you can have a 3 Series or a 330e’, then those are the two cars they look at first. They will then look at the wholelife cost and we then push it through.

While Britvic has achieved success by promoting vehicles in this way, Arval says it is not widely practised by fleets.

“Internal promotion of particular cars isn’t something we’ve seen much of for a number of years,” says David Nicholas, fleet consultant at Arval. “If a model or range of models are being promoted, it is more common to see it done by the manufacturer in question providing additional support terms and thereby reducing wholelife costs.”

Another option open to fleets that want to encourage uptake of low-CO2 cars is to offer financial incentives.

Archant, for example, offered a monthly £40 green bonus to staff in return for selecting the lowest CO2 vehicles.

The majority of the company’s 300 drivers had a benchmark car of a Ford Focus 1.5 TDCi Zetec, which has CO2 emissions of 98g/km. If they instead chose a Fiesta Econetic 1.5 TDCi with 82g/km, they then received the bonus.

Managerial staff also received a green bonus for selecting a model from an open choice list with lower emissions than their benchmark.

Take-up of the incentive was more than 30% among job-need staff and contributed to average CO2 emissions across the company’s fleet of 99.6g/km.

However, Nicholas says that schemes like Archant’s are generally becoming less common as the current CO2-based BIK tax regime naturally persuades drivers to choose the most efficient make and model of vehicle within their grade or allowance.

“Organisations which operate a policy based on wholelife costs, including fuel and Class 1A National Insurance, and who want to encourage drivers to go a little further in selecting a more efficient vehicle often build in a facility for them to receive cashback within their grade allowance or trade down a grade and receive cashback,” he says.

“Preferential parking for the lowest emitting models could also create a ‘nudge’ effect to ULEVs.”

Britvic further influences driver choice by providing new starters with plug-in hybrids as temporary vehicles before they are able to order their own. This aims to show that a plug-in or hybrid vehicle is a practical choice.

“At the end of their probation period, nine times out of 10 they want to keep the plug-in hybrid, while on the other occasions they are ordering exactly what they have been in, which is great for us and our fleet CO2,” says Smith.