Apps and dongles help you comply with HMRC 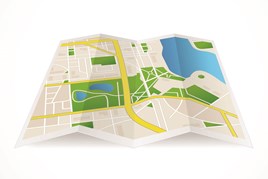 Maintaining accurate business mileage records is becoming increasingly important for fleets: failure to do so can come at a heavy cost.

HMRC is continuing to crack down on how drivers claim business mileage, with Fleet Innovations finding that, in its experience, corporate penalties can range from £5,000 per driver to more than £30,000. Paul Jackson, managing director of The Miles Consultancy (TMC), has even seen a 700-vehicle fleet face a fine of £4.1 million.

Despite the threat of these fines, research has found that the message is still not getting through.

A YouGov survey on behalf of Abax earlier this year found that 56% of company car drivers were  not aware of HMRC rules on reclaiming business mileage, while 36% updated their mileage log less than once a fortnight, leaving companies’ records potentially exposed  to inaccuracies.

“It is crucial business owners and employees understand the laws and ensure accurate records are kept, otherwise the penalties can be high,” says Frank Ystenes, managing director of Abax UK.

Paul Coley, associate director at Lex Autolease, says: “There are set HMRC criteria for producing business mileage and I recommend customers make sure areas covered are: start date of journey and where it is from, to and via. It has to be an accurate description, using postcodes or street addresses, because if HMRC audits a business mileage file it can do calculations manually to see if the mileage recorded is accurate.”

In addition, there are HMRC reason codes for drivers to allocate to journeys, making the business purpose clear and ensuring a clear split between that and personal mileage.

Traditionally, drivers have recorded business mileage through a logbook kept in a vehicle. This is the most basic and cheapest option available, but it has a number of drawbacks: it has the potential for inaccuracy, there may not be enough space to record sufficient journey detail and it is not possible to run reports. Logbooks may also go missing.

While other, more high-tech, methods are available, such as online mileage capture, these both rely on drivers inputting journeys and providing odometer readings, which can also lead to inaccuracies.

However, two relatively recent developments promise more efficient mileage capture: the use of smartphone apps and the use of dongles, which both use GPS positioning to ensure that business trips are tracked and recorded from departure to arrival point.

Information is then downloaded in ways that range from raw data in a spreadsheet programme to fully analysed data arranged in HMRC-compliant format.

A dongle plugs into a diagnostic port in the vehicle so that, in addition to GPS information, it can read the CANbus, which means it can record a wide range of information, covering areas such as driver behaviour.

“For the fleet manager, dongles offer a lot of bangs for your buck,” says Chris Miller, quality manager at Abax.

A standalone mobile app uses the GPS module of the phone on which it is installed to plot the route without using mapping software. “However, apart from position and speed, there is not much more information you can acquire,” Miller says.

In addition, if a driver is using a mobile app without plugging the phone into a power source, it can quickly drain the batteries.

Both devices still require manual intervention. Data from an app is exported into Excel or CSV files and the user forwards it to their fleet manager to collate.

“If you have a fleet of 100 vehicles, there is a lot of manual intervention,” says Coley.

Once plugged in, a dongle leaps into action the moment the vehicle’s ignition key is turned, whereas the driver has to remember to launch an app.

Fleet data management company Mileage Count is releasing technology later this year that will mitigate the forgetful factor by automating the switching on of an app, provided the phone is on.

“And when the driver comes out of the car and moves away from the vehicle, it will switch it off,” says Jez Strong, product manager, Mileage Count.

A dongle is also subject to the vagaries of the driver, as employees may unplug it outside working hours, even though the technology can be programmed to format data into business/private miles, defined by prescribed timings.

It stores data on a server, often in HMRC-friendly form, and tends to come with attendant software.

The driver plugs the dongle into their laptop and downloads the data into a website that can also be accessed by the fleet manager.

For organisations such as financial institutions, which may have restrictions on what software employees are allowed to download to their PCs, this may be a problem.

There is a third option, however: dongles and apps that store information in the cloud. Fleet Innovation’s dongle does this via a SIM card.

The company’s app works in the same way, uploading information direct to the cloud which the fleet manager can access by logging in  at any time that suits. Mileage  Count is also looking at a dongle with a sim-card.

Autotrip’s dongle, which development director Alexander Nicholson describes as “a connective cars product”, also sends data to the cloud. “We are connected by GSM servers and it is all done remotely,” he adds.

A new incarnation, which will include automated Energy Savings Opportunity Scheme (ESOS) environmental reporting, is due in the next six months. These versions have the advantage that they do not have to be removed from the car for fleet managers to access the data.

When a GPS-enabled device is switched on, it finds three satellites and triangulates its position. The length of time this takes varies on the device and is known as the time to first fix. The GPS device then continually communicates with the satellites and the rate at which it does this is known as the ping rate, which ranges from every six seconds to once a minute, depending on the device.

Smartphone apps tend to operate at a lower ping rate than dongles, often every minute, to minimise drain on their batteries. As dongles are either plugged into a vehicle’s 12-volt socket or a USB port they receive a constant supply of power, so battery life is not an issue: they can have a ping rate of every six seconds. The shorter the period between pings, the greater the accuracy.

GPS accuracy is generally held to be between three and 10 metres, but it does depend on where in the car the device is plugged in. A phone might be mounted in a bracket on the dashboard and a dongle could be attached to the cigarette lighter, where there is little to interfere with the signal.

“But if the phone is in the driver’s pocket or the dongle is plugged in beneath the steering wheel, there will be times when GPS cannot get a signal and then there will be a gap in the journey, which will cause an inaccuracy,” says Miller.

If a GPS device takes a while to get a fix on a signal, part of the journey may be lost. “It might take the dongle 30 seconds to recognise the satellite, get a fix and start recording,” says Jez Strong. “In this time the driver could be 500 metres down the road.” Mileage Count’s dongle remembers where the last journey ended and ‘assumes’ this where the next one started, correcting journey time accordingly.

Fleet Innovations’s 3G technology reads the terrain and might ping every second on a winding road, but only every 10 to 15 seconds on a motorway. Data from GPS devices will always be more accurate than filling in a time sheet by hand, but any manual intervention increases the scope for error.

What does it cost, and who does it suit? Read on to page 2 to find out