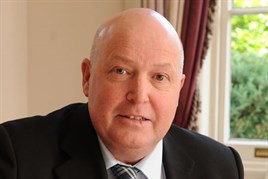 Tackling the grey fleet (drivers using their own vehicles for business journeys) is top of the agenda for Hampshire County Council.

It has 20,000 grey fleet drivers (including those who may make only one trip a year) and has already saved about £3 million by reducing its mileage reimbursement rate from 53ppm to the Government-recommended AMAP rate of 45ppm (for the first 10,000 miles then 25ppm after).

Now it is taking a two-pronged approach to reduce the grey fleet costs further.

First, the council will start providing company cars to the drivers with the highest grey mileage: it has calculated that it is cheaper to provide a car to employees who do more than 10,000 grey miles a year than it is to reimburse their mileage.

The authority is starting with the 10 highest users and, if this trial proves successful, it will look to offer company cars to all drivers who travel more than 10,000 grey miles a year.

Paul Leaves, transport manager at the council, is working closely with the corporate team to implement this initiative.

The second part of the plan will see Hampshire County Council introduce Alphabet’s corporate car sharing scheme AlphaCity as an alternative to employees using their own cars.

AlphaCity should pay for itself by the council charging employees and members of the public for private use of the vehicles at evenings and weekends.

The deal will see six AlphaCity vehicles introduced throughout the county: two at its head office in Winchester where it already has 20 pool cars, two at its Basingstoke site and another two at Rushmoor.

The vehicles are being leased over four years with a six-month break clause should the scheme not prove successful.

One of the vehicles will be BMW’s first fully-electric vehicle, the i3, while the other five are Minis.

Leaves says: “We’re expecting it to take off in Basingstoke because our office is close to the town centre.

“The Mini is funky and should appeal to young professionals who might want to use them at the weekend.”

Although Leaves is responsible for the council’s vehicles, the grey fleet falls under the control of HR.

“The way it is set up is that I’m a business unit trading within the county council,” says Leaves.

“The council doesn’t actually give me a budget. We have to return a surplus to the council so we’re run very much on business lines. Whatever we do has to be costed and paid for.”