HR special: Is salary sacrifice the future of car ownership in the UK? 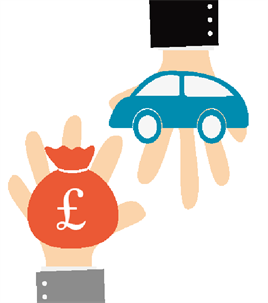 Global strategy consultants OC&C predicts that salary sacrifice could account for up to 10% of new car sales in the UK by 2025. Here it analyses its potential. By Mark Jannaway and Nicholas Farhi, OC&C partners.

Reality TV, bloodflow-restricting trousers, wittering on social media – there are more obvious generational differences as Generation Y takes its turn at the wheel, but none are as potentially pivotal for businesses as the rise of the subscriber.

From phones to films, consumers’ desire to ‘pay monthly’ (ideally a known amount) in order to access an asset or service has transformed the way many industries operate, fuelled by historically low interest and savings rates.

Trends in car purchasing have been no different, with the relative share of new cars sold to consumers purchased using finance at point of sale growing to 74% in 2013, many of which were through PCPs that do not require long-term ownership of the vehicle.

In OC&C’s work with both contract hire and leasing providers and fleet owners, we have seen the significant recent growth in awareness of salary sacrifice schemes in line with this trend. The growth in the number of organisations offering a scheme – now more than 10% of fleet operators offer a salary sacrifice scheme – is evidence of a potential ‘category killer’ in the making.

Guy Roberts, of SG Fleet director, says: “We used to have to proactively sell the novated lease solution, now we are getting a lot of companies contacting us wanting to find out for themselves.”

Andrew Kirby, Zenith commercial director – employee benefits, adds: “Now in particular with auto-enrolment out of the way, we are seeing more companies turning their attention to launching salary sacrifice schemes.”

Contract hire and leasing providers are increasingly being drawn to this market, with some innovative propositions already emerging which allow the more nimble or specialist providers to win large employee bases to whom they can market the benefits of their salary sacrifice schemes.

Specialists such as Tusker and SG Fleet have grown rapidly over the past three years – 50% year-on-year according to Tusker’s CCO Iain Carmichael, who says: “The fact that we are specialists helps. Unless you have a good B2C capability, you’re going to find salary sacrifice challenging and that hasn’t been the focus of the older contract hire and leasing suppliers.”

That has not stopped some of the more innovative fleet providers quickly developing their propositions, with Kirby’s appointment as head of employee benefits at Zenith demonstrating its eagerness to build on early successes.

Cheaper and more convenient than PCPs and car loans, easier to administer than a corporate fleet scheme, and encouraging fresh demographics to buy new cars, they can offer something for everyone.

This represents significant headroom above the currently acknowledged 50,000-70,000 salary sacrifice cars on the road, but comes as no surprise to Roberts who cites SG Fleet’s experience in creating the 25-year-old salary packaging market in Australia in saying: “We see plenty of room for us to grow in this market.”

The advantages for corporate fleet managers from salary sacrifice schemes are clear – the scheme manager at a major professional services company told us that “salary sacrifice offers better value, more flexibility and wider appeal than a company car scheme”.

Fleet managers are beginning to see it as an efficient and less administratively demanding way of running a perk fleet, with the additional benefit of gaining more control of the grey fleet, lowering corporate risk and increasing compliance with CSR targets at the same time.

For many organisations, these benefits are just the beginning; salary sacrifice schemes can also materially improve an employer’s ‘proposition’ to its current and future staff.

In the ongoing war for talent, many brand-name employers are rushing to start their own scheme to keep up with their competitors, with one HR director at an insurance company telling us: “The main benefit that makes salary sacrifice so attractive is the potential impact it can have on employee recruitment and retention. We want to be an employer of choice – a great place to work for exceptional people.”

The early evidence indicates that in some organisations salary sacrifice cars are the single most effective voluntary benefit for fostering retention.

Carmichael says: “In areas with strong take-up, it is becoming a hygiene factor in whether someone is willing to move from one organisation to another.”

Suppliers have increasingly found ways to adapt their products to negate the perceived barriers to adoption seen by some clients – in particular the risk of being saddled with an unused leased car should the employee leave the business.

Whereas Zenith has begun to take that risk on itself, imposing a small surcharge on each driver to insure against leaving, SG Fleet has removed it entirely by contracting directly with the employee, as is typical in Australia.

This novated leasing method means that should an employee leave the company they take the car with them.

According to Roberts: “This also has the benefit that the employer will not be utilising corporate credit lines.”

For drivers, too, there is no cheaper way of obtaining a new car on the road than through salary sacrifice, and it is no wonder that 94% of the current salary sacrifice users responding to a recent OC&C survey were happy with their choice.

“When you add the corporate discounts on financing, vehicle and running costs to the tax benefit you get to a pretty unbeatable price,” says Kirby. “But the convenience benefit is just as important – we remove the hassle so the driver just has to add fuel.”

Indeed, not having to pull together a deposit or worry about large one-off charges for repairs or maintenance was the second most common reason our survey respondents gave for choosing to use salary sacrifice, followed by the overall convenience of the process.

It is not surprising, therefore, that contrary to myth there is no ‘typical’ salary sacrifice driver – there is truly something for everyone.

What is also now clear is that salary sacrifice is a source of incremental new car sales – according to our driver survey roughly 65% of current drivers would have either bought a used vehicle or not bought one at all were the scheme not in place.

This is music to the ears of manufacturers, some of whom are now actively trying to grow salary sacrifice as a channel to market, with Carmichael claiming “it is a genuine route to incremental sales in a way that no other channel can offer – 70% of our drivers had never driven a new car before they came to us”.

It is perhaps for this reason also that the Treasury shows few signs of wanting to intervene in the market.

The increase in new, carbon efficient cars on the roads not only helps achieve green targets, but also helps to grow the car manufacturing industry (and its associated tax revenues) that is vital for the UK’s economic prosperity.

So what is the experts’ advice for launching a successful scheme? According to Kirby it all comes down to a genuine partnership between employer and supplier.

“Companies need to be in it for the long term, and want to actively promote the scheme to their employees for a prolonged period,” he says.
Carmichael agrees. He adds: “Companies should understand that salary sacrifice is different from standard fleet and needs to be procured differently – a supplier’s ability to engage and support drivers is just as important as simple price”.

Kirby says: “We are seeing a learning curve in our clients. Most employees we survey want us to market to them so we catch them at the right time in their buying cycle.”

However, even now more innovation is needed to fully unlock the potential prize from salary sacrifice.

The sheer variety of potential drivers, as well as the complexity of the pricing model, means that improving the consumer-facing proposition still demands attention from employers and scheme providers.

This will require tailoring the product for different driver groups – both the ‘softer’ aspects of schemes, such marketing messages, as well as ‘harder’ ones, such as service quality and pricing. Aligning employers, scheme providers and manufacturers to create a compelling consumer proposition will be critical to realising the full value of this potentially game-changing product.