In the spotlight: Sixt UK 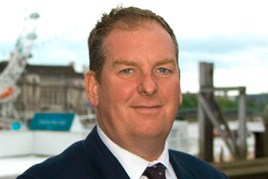 Sixt UK managing director Paul McLoughlin has been given a clear, decisive remit by the board: grow the business.

The family-owned German firm, which last year celebrated its centenary, claims to be the world’s second biggest rental company but in Europe, at least, it has designs on top spot.

Growth in the UK, where it trails the big guns of Enterprise Rent-a-Car, Europcar and Hertz, is a core part of the strategy.

It trades from a network of 150 locations, including 120 run by its subsidiary United Rental Group, and has a rental fleet of 26,000 – 30% of which are light commercial vehicles – including around 5,000 in the corporate market which will rise to 6,000 this year.

McLoughlin has identified a gap in the market for small to medium businesses, so-called SMEs, although Sixt also has strong ties with large corporates.

In addition, he’s targeting organisations looking for grey fleet solutions and those finding it hard to get credit.

A bigger network of outlets is fundamental to growth; Sixt intends to expand by 20% each year for the next two to three years, targeting major UK cities and airports.

The strategy centres on being a mobility solutions provider. For McLoughlin, it’s about much more than simply being a short-term rental provider: leasing, flexi-rental and a new hourly product recently launched in Germany all figure in his plans.

“We see ourselves as a mobility solution,” he says. “In other countries, a third of our business is leasing; in the UK we have done a strategic partnership deal with Ogilvie – it passes rental business to us and we pass leasing business to it.”

Sixt set up the agreement in 2011 and over the next 12 months added around 500 vehicles to its rental fleet to meet demand from the referrals.

In 2011 it launched Drive Now, a 50/50 joint venture with BMW in Germany which enables companies to rent a car for just one hour – effectively a car club model with one-way travel.