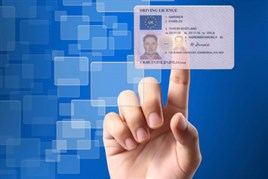 News that the paper counterpart of the UK driving licence is to be phased out has caused a stir.

Although the announcement has been made, no timetable has been set out and there has been little more than speculation about a possible replacement.

The DVLA has confirmed that, to support the Department for Transport’s Red Tape Challenge, it is committed to abolishing the driving licence counterpart by 2015.

It has promised to work with stakeholders in order to identify their need to access data currently held on the counterpart and to assess any unforeseen impacts to the public and businesses.

“I am not convinced that it will be phased out by 2014/15,” says Adrian Harris, group fleet manager of Pertemps. “The DVLA would have to offer a credible, cost-effective alternative prior to implementation.”

Cost seems to be a key watchword as Ian Gallagher, the Freight Transport Association’s head of policy Wales and south-west England, points out: “The two-part licence is an easy and quick way to ensure a driver is legally entitled to drive… albeit it fails in its ability to record information in real-time. Removing it will take away the ability to carry out cost free checks.”

However, ACFO backs the move to get rid of the “archaic” counterpart, says deputy chairman Damian James.

“We would be in favour of moving toward a more efficient electronic solution to prevent fraud and to make sure we have suitable and legal drivers on the road,” he says.

“But the system has to work on a day-to-day basis for fleet managers. We need to have a way of checking that drivers are eligible to be on the roads and we need to have that at a zero cost ideally.”

The DVLA declines to say whether smartcard technology might be used in the form of a chip embedded on the photocard that could store data including a driver’s endorsements.

It is not currently looking at this concept, though.

Jay Parmar, legal and policy director at the BVLRA, is sceptical of a smartcard option.

He suggests an alternative: “Employers could access the information online through a Government gateway where the employee would be present and log on with a secure password so that they can show their employer a real-time screen view of their driving licence.”

This approach is fine is you are checking the licences of a handful of office-based drivers; but it’s rather more complex if you have a thousand drivers spread across the country without internet access.