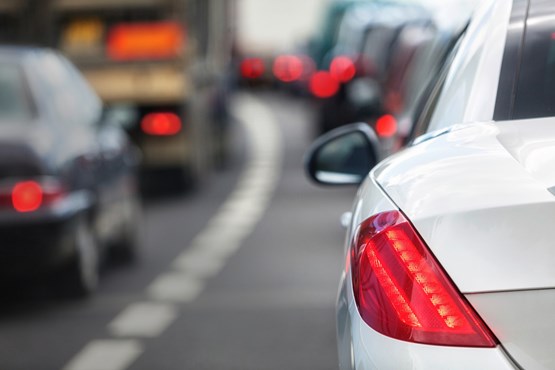 Road accidents involving commuters can have a heavy cost for their employers. As well as the potential for staff absenteeism through injury, their organisation could also face costs for accident repairs and potential damage to the brand’s image if the vehicle involved is a company car or van.

Health and Safety Executive guidelines do not classify driving to work as driving for work, meaning companies do not, legally, have a duty of care to employees for the duration of their commute.

Will Murray, research director of Interactive Driving Systems, is among the UK’s safety experts who think they should, even if it is not enforced by law. The RAC Report on Motoring 2015 found that almost two-thirds of motorists use cars as the principal means of getting to work, with 50% driving themselves.

“Commuting is a massive issue, something that organisations should be managing even though they don’t directly legally have to,” says Murray.

“Looking after staff and protecting key assets is really important. My main message is that companies need to go beyond the minimum legal standard regarding duty of care and think about what’s good practice and what they ought to be doing to look after their employees.”

Murray says limited data is available covering commuter collisions in the UK, but European Transport Safety Council research covering France, Germany, Italy, Portugal and Spain suggests that organisations should focus on commuting to protect the safety and wellbeing of workers.

“Statistically, you are more at risk driving to work than you are driving at work,” he adds.

He suggests that organisations should engage with their employees over the issue and let them know they want them to travel on the safest possible commute.

“For example, Transport for London employees have Oyster cards and are encouraged to use public transport,” he says. “Many other organisations also encourage the use of public transport, and carrying out a travel survey to find out how people commute and then help them get to work in different ways can make a difference.”

BT has been a pioneer in encouraging staff to work from home, although group safety manager Dave Wallington has seen a changing trend over the past two-to-three years.

“We do still have an awful lot of home workers, but we have seen many migrate back into centres where we have teams of people,” he says.

“So rather than having people spread around in disparate locations, they can be in the same place as other employees so if a customer has a problem it is easier to work together to solve it. These ‘agile workers’ can work from wherever is convenient for them, which may be at home or their local exchange rather than going to the general office.”

BT also encourages employees to use public transport where they can, and has also negotiated discounted deals with hotels to reduce commutes, says Wallington. It also has its own dedicated Trainline service which offers tickets at discounted rates and charges the company directly, so employees do not have to purchase tickets themselves before claiming the cost back.

“We also run safe driver programmes for friends and family and still monitor anybody who uses a company car, so if they have any accident outside of work we take that into consideration when we’re doing risk assessments,” says Wallington.

David Richards, head of marketing at AA Drivetech, says recent research into commuter incidents can also be used to identify training needs. The AA Drivetech research, based  on incidents reported to the police between  2010 and 2014, involving more than 1.3 million drivers, highlighted the three time periods when drivers commute: 4.30am-7am, 7am-9am and 4pm-6.30pm.

“We found that compared to ‘normal’ drivers, car commuters are over-represented in collisions,” says Richards.

“Compared to the general motorist, they have more collisions when they are stopping and starting, and not waiting to move off at junctions such as roundabouts, so if a fleet is looking at driver safety, those are some of the issues they should be looking at.

“We also found that speed is an issue with commuters, whereas with people who drive for work, it isn’t: if a fleet manager is looking at training, we would recommend they cover speeding.”

The research found that drivers commuting from 4.30am-7am are more likely to crash on bends than those travelling into work later in the morning.

During the evening commute, the report says that drivers are 35% more likely to have a crash on an unclassified road than any other group at 19%.

The evening commute also posed the strongest risk to drivers of being involved in a crash on a 30mph limit road than the other two groups.

They are also more likely to have a crash while they are stationary and in stop-start traffic.

“A lot of companies rightly focus on at-work drivers when managing risk, but we believe that businesses should, from a corporate and social responsibility standpoint, take a more holistic view and also consider the risks that drivers face while travelling to and from work,” says Richards.

Medical research has shown that encouraging employees to use forms of commuting other than the car can have health benefits.

A study by research fellow Ellen Fling and professor of population health Steven Cummins, both of London School of Hygiene and Tropical Medicine, and Amanda Sacker, professor of  lifecourse studies at University College London, has looked at the link between the Body Mass Index (BMI) and commuting.

The BMI formula is used by doctors to work out if someone is overweight or obese and so at risk of problems from high blood pressure to heart disease.

It is calculated by dividing a person’s weight in kilograms by their height in metres squared with the aim of giving a measure of an individual’s body fat.

The research found: “Men and women who commuted to work by active and public modes of transport had significantly lower BMI and percentage body fat than their counterparts who used private transport.”

The study reported that men who commuted via public or active modes, such as cycling and walking, had BMI scores 1.10 and 0.97 points lower, respectively, than those who used private transport.

Women who commuted via public or active modes had BMI scores 0.72 and 0.87 lower, respectively, than those who used private transport.