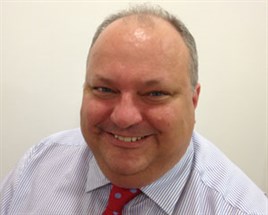 I have only been here for six months, but have already furnished my team with the tools to do the role more effectively which involved a big financial investment.

I also have a very clear and defined fleet strategy for JCT600 over the next five years.

My late father. He came from very humble beginnings and became the managing director of one of the UK’s largest insurance companies. He taught me how to treat people fairly.

I am lucky enough to have done it already and I will do it again. I drove down Pacific Highway 1 with my wife in a Mustang Convertible from San Francisco to Los Angeles.

My wife telling me how bored she is at work.

Two and a Half Men. It is just wrong on every level but it never ceases to make me laugh.

Trains, Planes and Automobiles with John Candy and Steve Martin.

You are on a desert island – what three things do you take with you?

The train to Rotherham for a rugby match.

Stop lorries overtaking on the M62 eastbound between junctions 21 and 23, and on the southbound M18.

That would cut my travelling time by 30%. Also, the extension of free road tax for classic cars more than 25 years old.

An Aston Martin DB5, a Shelby Mustang 350GT Fastback and a house with a garage big enough to fit them both next to my everyday car.

What was your biggest mistake in business – and what did you learn from it?

Unfortunately, I have seen some really poor management styles and left them unchallenged.

I now challenge more as a result and all the positive aspects of my management style are hopefully learned from those individuals on how not to manage.

Going on holiday with my parents to Devon and Cornwall in the back of a Ford Cortina Ghia.

I have two which are polarised in content. Les Jeux Sont Faits (The dice are cast) by Jean Paul Sartre: an interesting insight to life after death.

At the other end of the scale is Katie Price’s first biography. The gossip was outstanding and funny.

What would you say is your guilty pleasure?

Real ale, quality wine, good food and classic cars. Not at the same time though.

Very open and approachable but focused on what needs to be done at all times. I am demanding but I never, ever lose my cool.

The CO2 emissions on my company car are too high.

My late father – an ace on every level.

Which historical character do you most identify with?

Don’t take your career too seriously between 18 and 24 because, as a rule, nothing you do will have any bearing on what you end up doing in your 30s and beyond.

What is the one object you couldn’t live without?

A surprise 40th birthday party. All my friends and family surprised me while I was away on holiday with my wife. Some of these people have families and businesses to run so to take the time out was amazing and very touching.

I loved Spiderman when I was young.

What was the pivotal moment in your life?

Being made redundant in 1998 from a food company. It kick-started my wanting to get into the automotive sector and I have not looked back since.