100mpg ahead for new Peugeot 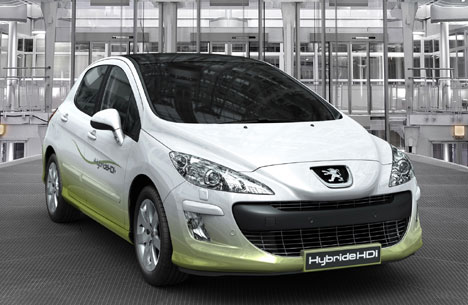 The next new family hatchback from Peugeot is all set to boast 100mpg economy.

Due to go on sale in two years’ time, the Hybrid HDi version of the 308 should cut fuel consumption by more than half, claims the French firm.

To be unveiled in prototype form at the Frankfurt Motor Show next week, the car is powered by a 100bhp, 1.6-litre diesel engine and a 22bhp electric motor and returns a spectacular 83mpg in the combined cycle with just 90g/km exhaust emissions. On the urban cycle it is claimed to hit 100mpg.

Peugeot fleet and leasing director Steve Harris said: “We have high hopes for the 120g/km 308 range – this technology is a major step forward in our efforts to offer more environmentally-friendly transport solutions.”

Peugeot will also preview the 308 SW when it shows the Prologue concept at Frankfurt.

Due to be launched at the Geneva Motor Show next spring, the seven-seat model features greater versatility and has a greater load volume than the 406 SW.