Was this article useful?
Click the thumbs up >
Peugeot and Citroën have announced that they will launch new small vans this year, both based on the same platform.

The Peugeot Partner and the Citroën Berlingo update both firms’ successful small van offerings, and will also be featured in MPV form for passengers.

Both vans promise versatility, value for money and a new best load capacity in the small panel van segment.

The load area length is extendable from 1.8 to 3m thanks to a modular cabin arrangement (called MultiFlex by Peugeot and Extenso by Citroën), which allows three people to sit in the front – a sector first.

Peugeot has said the Partner will be powered by the 308’s HDi diesel engines.

Citroën has not released engine details, but has said that ESP and hill start assist will be available.

Both vans will have MPV siblings.

Citroën’s Berlingo Multispace features an independently opening tailgate window and promises lots of storage inside. Both brands will launch the vehicles in the second half of this year. 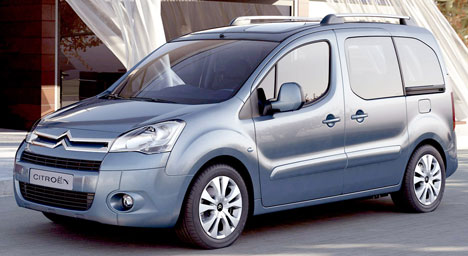