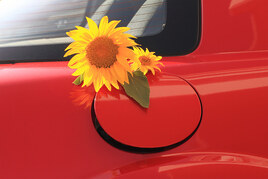 A range of multi-million pound green initiatives have been announced aimed at developing the mass market in electric and hybrid cars.

Transport secretary Geoff Hoon said that not only will these vehicles reduce environmental damage, their research and manufacture has the potential to create 10,000 new jobs and safeguard existing employment.
Speaking at a forum that brought together low-carbon technology experts from across the globe on Monday, Mr Hoon set out his plans to deliver a £100 million commitment that will accelerate the emergence of the greener vehicles.

Addressing concerns that a mass uptake of electric vehicles will put immense pressure on the UK’s power infrastructure, Mr Hoon also confirmed that new research published this week has concluded that, correctly managed, the UK’s power system could support widespread use of electric cars without requiring large numbers of new power stations.

To encourage the mass production of low-carbon vans - there is currently no mass market low carbon van available in here - the Department for Transport (DfT) also announced that 10 companies have been shortlisted to bid to provide electric and low-carbon vans to some public sector bodies, as part of a £20 million programme.

Liverpool, Newcastle, Gateshead, Coventry, Glasgow and Leeds will be among the first councils to trial green vans on their streets.

If the trials are successful and demand is great enough, DfT has earmarked a further £30 million that could be used over the next three years to develop the initiative further.

In addition an ultra-low-carbon vehicle demonstration initiative has been launched that aims to see up to 100 new low-carbon cars on the road by the end of 2009.

“The launch is a further move by government to position the UK as a leader in the area of low carbon vehicle technology,” said Mr Hoon.

The initiative has already secured up to £10 million of funding and will provide a portion of the costs for the business-led demonstration projects of vehicles with tailpipe emissions of 50g CO2/km or less, as well as a significant electric-only range.

The move is part of a new phase of activities announced by the Technology Strategy Board (TSB) as part of its Low Carbon Vehicles Innovation Platform.

This major programme will support the rollout of low-carbon initiatives over the next five years.

It will integrate university and industry research and development activity in order to accelerate the exploitation of more radical approaches to decarbonising road vehicles.

Under this programme, three new initiatives were announced at the National Low Carbon Vehicle Event at Millbrook this week, which was hosted by Cenex, the Centre for Excellence in low carbon and fuel cell technologies and the Technology Strategy Board.

The electrification of road transport has been identified by stakeholders as a critical area of research and development to achieve a longer term vision of decarbonisation.

As a result, a consortium of hybrid vehicle specialists is receiving funding from the Energy Saving Trust's low carbon R&D programme, to support development of retrofit technology for zero-emission vans.

Recognising that technologies to decarbonise road vehicles go much wider than electrification alone, a new open technology initiative, with up to £10 million of funding, has been launched that will aim for wider collaborative research projects covering all vehicle technologies capable of delivering large scale carbon reductions.

Finally, the Technology Strategy Board has confirmed that will provide funding to underpin university-led research on low-carbon vehicle technology through the IDP Strategic Programme, which could potentially be taken forward into the IDP’s collaborative research and development activity.

Next year £3m towards academic-led research within the IDP remit.