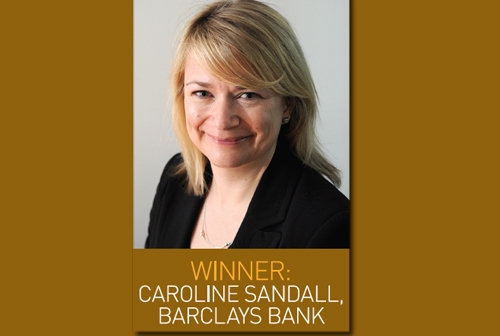 Caroline Sandall from Barclays Bank has been named the 2010 Fleet Manager of the Year in the Fleet News awards.

Much of Barclays fleet manager Caroline Sandall’s focus in 2009 was on cost reduction – a common theme in the fleet sector.

She managed a programme of initiatives that are resulting in multi-million pound savings for Barclays, but this focus hasn’t come at the expense of the company’s other fleet management responsibilities.

Sandall has implemented a safe driving programme, improved the online driver tool for quotes and car comparisons and continued to run the post-delivery courtesy calls as she strives for service excellence.

The fleet team also carries out annual driver surveys to probe areas such as policy and scheme design and service experience from its providers.

She has rewritten contracts after identifying that cars were falling below the scheduled 60,000 miles over the three-year contract and she has re-set the car allowance limit.
Although Sandall has 15 years’ experience in fleet management, she is always looking to learn and share best practice. She has a diploma in car fleet management from ICFM and she chairs the Major Fleet Forum, regularly meeting with other 1,000-plus vehicle fleets.
Over the past 12 months, Sandall has re-engineered Barclays’s approach to its fleet, with a significant impact on reducing costs. That she has managed to do such a successful job while continuing to provide an outstanding service to company car drivers makes her a worthy winner of the Fleet News Fleet Manager of the Year.

As one of the judges commented: “Wonderfully connected to strategy and detail.”

Judges’ comments
"Caroline has taken some of the boldest decisions ever seen by the judging panel in implementing a savings programme at a most difficult time for the bank. It has delivered impressive results. She has an excellent grasp of the fundamentals of fleet management and understands how to deliver a workable strategy."