Minor bumps can add up to major bills, warns at E-Training World 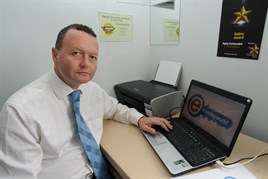 Small knocks and scrapes that are a regular feature of driving can eventually mount up into big financial costs for fleet operators - if the cause isn’t tackled at source.

That’s the warning from Jonathan Mosley, director of sales and marketing at E-Training World.

He points out that minor accident damage to vehicles often falls within the excess limit on insurance policies which means repairs are a direct cost to a company and that while in themselves individual costs may seem minor they can quickly add up to a large annual bill.

“Almost all knocks, scrapes and small dents are caused by a lack of concentration and are completely avoidable,” says Jonathan.

“Through better concentration, such as looking before reversing, not parking in areas where a vehicle is likely to get a dent in a door panel, and manoeuvring with greater care drivers can reduce their small incident rates dramatically.”

Jonathan adds that most fleet managers and finance directors say these so called ‘minor items’ is one of their greatest frustrations and that the costs are never as low as drivers would imagine. However, drivers seem to think they are an acceptable part of driving.

“We hear so often of drivers mentioning in passing to their fleet manager that they’ve slighted dented their vehicle almost as if it’s not important, or don’t even report such damage until they return the car.”

“But if you’ve ever had a small dink in your own private car, you’ll know how much time, effort and money it takes to sort out,” continued Jonathan.

As a quick, simple and cheap way to help businesses reduce their accident costs, E-Training World has introduced a short, online, driver refresher training course specifically designed to tackle this problem and it only costs £10 per driver.

“Our online manoeuvring system not only focuses on driving techniques, it also focuses on raising driver awareness regarding the cost of their actions.

“At one point our system asks how much additional turnover a company would need to create the profit to pay for a driver’s misdemeanour. And when drivers see how high the figure is they start to appreciate the impact of their actions.”