Companies with fleets – the biggest victims of parking fines 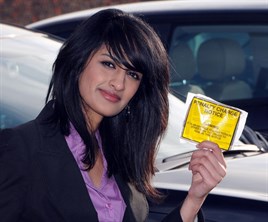 NoParkingFine hit the headlines last week after revealing that two-thirds of parking fines are probably illegal.

However, it is Britain’s fleet operators that are the biggest victims of parking fines, having probably paid millions of pounds on legally invalid parking fines, claims the parking fine advisory company.

Safiya Hussain, director of NoParkingFine, says that a huge proportion of parking fines are issued to companies with fleets, yet such companies rarely do anything effective to appeal them.

“The statistics are incredible,” said Hussain. “In these economic times, with fuel prices and all other costs rising, companies can ill afford to throw this amount of money down the drain.”

She added: “The general feeling is that parking wardens tend to specifically target ‘commercial vehicles’ knowing that due to volume and practice, such parking fines are less likely to be questioned and can sneak into the administrative processes of these entities unnoticed.”

NoParkingFine urges fleet managers and fleet management companies not to take the under-handed tactics of the parking authorities lying down and consider the legal validity of all parking fine, as there’s a 67% chance of winning.