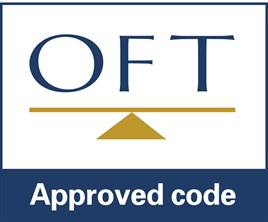 Motor Codes has received full OFT approval for its service and repair code, meaning that subscribing garages can now display the OFT logo alongside the Motor Codes tick, to further reassure motorists.

Three years on from the inception of the code, developed following the effectiveness of the OFT-approved New Car Code in reducing consumer complaints, this endorsement demonstrates continued confidence in the self-regulation consumer codes model, says Motor Codes.

Underlining the importance of this backing, Colin Brown, director of consumer policy at OFT, described the move as "one of the most important developments in consumer protection in car service and repair for many years”.

Chris Mason, managing director at Motor Codes, said: "The service and repair code was introduced at the request of government to deal with its continued prominence in complaint statistics and set out to improve standards and raise consumer confidence. This announcement sends a clear message that we offer a comprehensively backed code of practice and our network of garages delivers real peace of mind for the consumer."

Standards for Motor Codes garages are upheld through a combination of regular RAC Compliance Checks and the support of a structured advice and conciliation service, with a team of independent customer service professionals on hand to offer advice both to motorists and garages.

Where things do go wrong, a three stage intermediary process, consisting of Fast Track resolution, conciliation and legally binding arbitration is implemented to administer a fair solution for all parties.