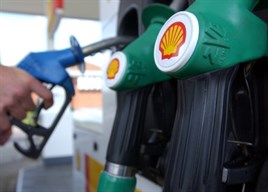 Company car drivers will see the amount of cash they can claim increase by an average of 2p per mile after Her Majesty’s Revenue and Customs (HMRC) published new advisory fuel rates (AFRs).

The new rates, which businesses use to repay drivers for fuel used on business mileage, take effect from Wednesday (June 1).
HMRC has increased the rates by 2p per mile for diesel cars with an engine size of 2,001cc or greater, from 16p to 18ppm.

It has also introduced an extra rate for diesel, with the lowest band catering for an engine capacity up to and including 1,600cc. However, the pence per mile rate here falls from 13ppm to 12ppm, but in the new intermediate band of 1,601cc-2,000cc it has increased from 13ppm to 15ppm.

LPG rates have increased across the board by 1ppm.

AFRs will now be reviewed on a quarterly basis, starting from June, but as a result of this increased frequency, HMRC has withdrawn its commitment to make interim changes if fuel prices vary by 5% or more.

It has also reduced the average miles per gallon for petrol and diesel by 15% rather than 10% in alignment with the approach used by the Energy Saving Trust.

The move reflects greater efforts by car manufacturers to optimise vehicles for improved fuel consumption in official tests, which are then more difficult to replicate in real-world conditions on the road.

The new rates are shown below (old rates in brackets):

For further information on AFRs visit the HMRC website.