Nigel Sharp to stand down as managing director of Ford 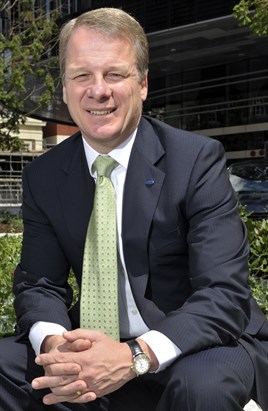 Mark Ovenden has been appointed managing director at Ford of Britain replacing Nigel Sharp who has decided to retire after 39 years with the company.

Ovenden, managing director and president of Ford Russia, returns to Britain after an assignment of almost three years at the head of Europe's fastest growing market and takes over on August 15.

His previous roles have included director marketing, Ford of Britain, from March 2006, and Ford of Europe brand manager, based at the Dunton technical centre in Essex.

A graduate of Nottingham University, Ovenden has had a wide range of global marketing and sales experience within Ford Motor Company, including positions based at Dearborn and Cologne.

Nigel Sharp was sales director Ford of Britain from January 2006 before being appointed managing director in 2009. He has held senior finance, sales and marketing appointments across Europe, including stints as managing director of Ford's operations in Switzerland, Hungary, Czech Republic and Turkey.

"Since that time, he has presided over a period of rapid business growth and most recently has been heavily involved in the establishment of the new joint venture with Sollers, a key part of our European growth strategy. His wealth of experience makes him ideally placed to manage Ford's biggest European market.

"Nigel has served the company in a number of increasingly senior international marketing and sales assignments throughout his career, including Germany, Hungary, Turkey and Switzerland.

"He was appointed managing director, Ford Britain in January 2009, and since that time has strengthened Ford sales and the Ford brand, ensuring the successful continuation of our longstanding leadership in both passenger cars and commercial vehicles in the UK market.

"Nigel’s business acumen, leadership skills and passion for the business have made a significant difference to the Ford of Europe marketing and sales team over many years.

"On behalf of the company, I would like to take the opportunity to thank Nigel for his tremendous contribution to the business. I wish him and his wife, Pat, our congratulations and warmest wishes for the future."